Co-founder of PiggyVest, Odun Eweniyi, recently took to her Twitter handle to narrate how a girlfriend found out online that her boyfriend had gotten married only hours after they spoke on a video call.

According to Eweniyi, the girl who was dating a Yoruba guy did not know that her boyfriend was getting married.

She also revealed that the girl FaceTimed her boyfriend a few hours but didn’t know he was getting married that same day.

“Someone I know face timed her boyfriend last Saturday morning.

“He got married that Saturday afternoon. But not to her. She saw the photos yesterday. 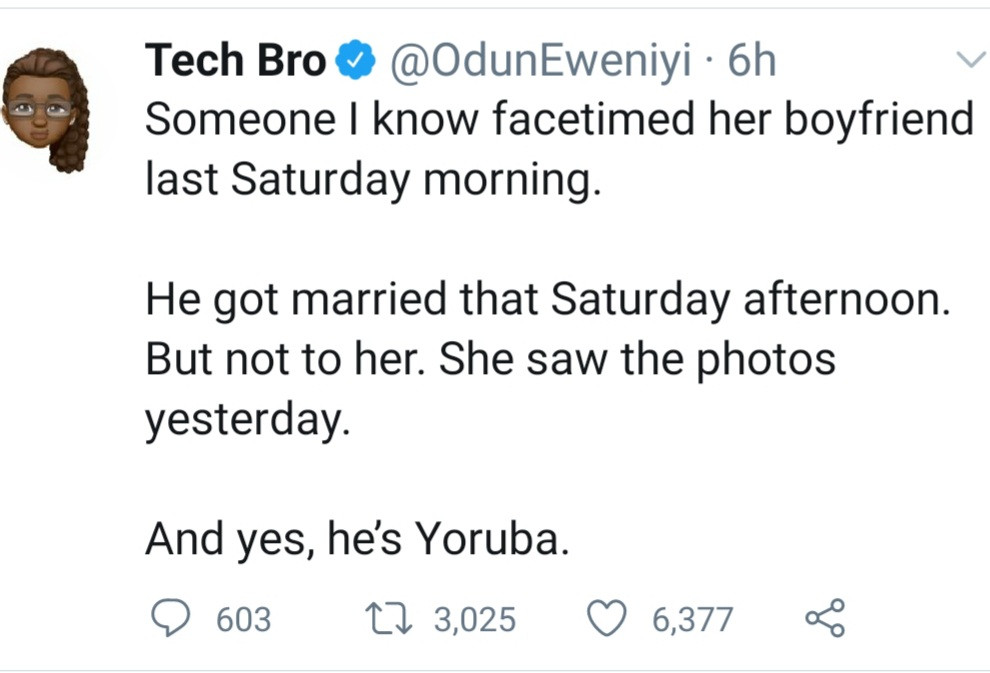