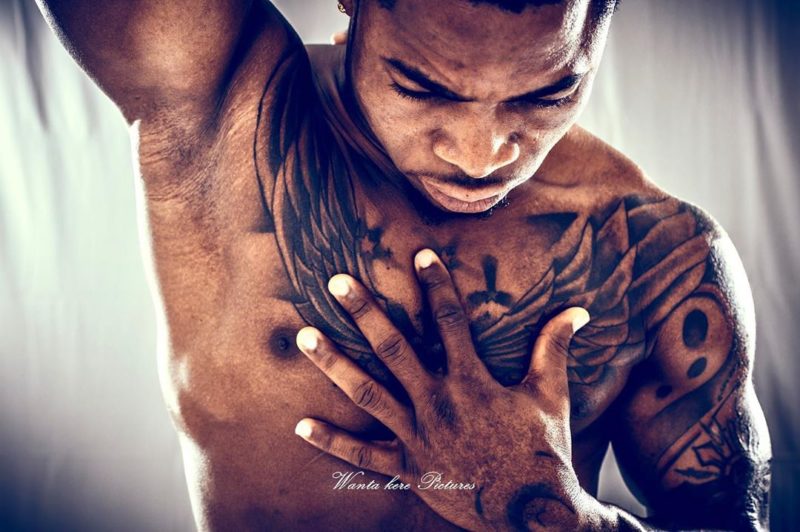 Nigerian actor, movie director and stuntman, Abbey Abimbola, popularly known as Crackydon has disclosed how attractive he is to the female folk.

According to the Osun State indigene who relocated to Malaysia in 2013 ladies can’t seem to get enough of him when they see him.

However, regardless of that many attention, he has still managed to build an impressive career in the Malaysian film industry.

In a recent interview, the actor revealed the reason behind his rise to fame and how he manages his female fans,

“I give all praise to Allah for his role in my life and how he has pushed me up to this limit. The journey, like I always say is not by my power, coming here alone was a move of faith, with no much connection, I still manage to build a strong career. Consistency and prayer helped me a lot.”

Speaking further, most fans especially the female ones appreciate my body a lot.

I have had a crazy moment when a female fan walked up to me for a close photograph and had to hold me so tight. I had the feel of her hands on my chest and here comes the expected word ‘oh Cracky, you’ve gat a nice body, your partner must be lucky’.

I just couldn’t control my excitement at that moment.

When quizzed on his current project, Abbey said,

“Yeah, I am currently working on a new movie ‘Blackout’. The movie features A-list actors.

The movie is well packed and promised to be mind-blowing. Sure the fans can’t wait to see it.” he added.

He revealed that the likes of Segun Arinze, Murphy Afolabi, Ayo Mogaji, Shotayo Shoboa, Toyin Alausa, Eniola Ajao are currently working on the production of the movie.

MORE READING!  Leave Benue out of your woes, face problems in your state, Ortom advises El-Rufai

I’m the fastest growing musician in the world, Brymo brags