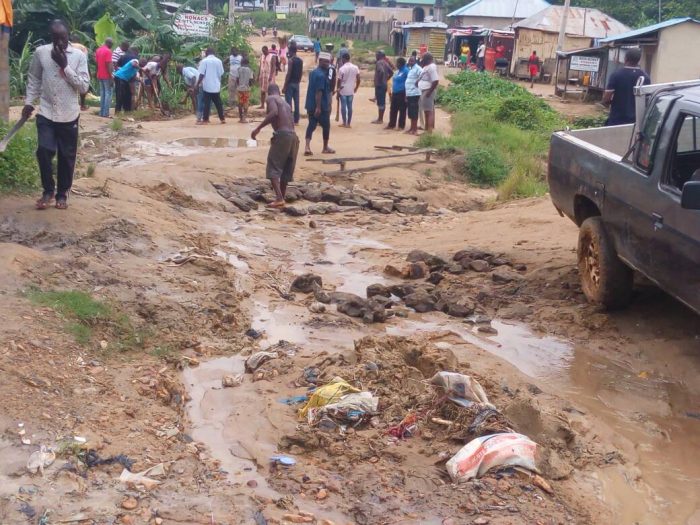 The residents of Kuje Area Council of the FCT, have commended the Chairman of the Council, Abdullahi Sabo, for fulfilling his promise of rehabilitating dilapidated roads in the area.

Some residents, who spoke in separate interviews with the newsmen on Tuesday in Kuje, said the rehabilitation would ease the movement of motorists and traders, especially in the rural areas.

According to them, the dilapidated roads and lack of basic infrastructure hinder economic and social development in the communities.

A motorist, Ayuba Gata, thanked the chairman for fixing the bad roads and also pleaded that the project is extended to other communities in the council.

Gata said before now, roads in the area were in a terrible condition which according to him brought hardship to the people.

A commercial driver, Silas Alan, said that the poor condition of the roads before the intervention forced commercial vehicle drivers in the area to increase fares.

“The bad roads in Kuje have forced commercial vehicle operators to increase fares because of the stress they go through.

“I want the local government council to repair all the bad roads in the area and construct a good drainage to enable free flow of water,” he said.

A road user, Adams Emma, who regularly plied the Kuje market road, said he visited the mechanic workshop at least twice a week because of the bad road.

On his part, Okam Kaura, a petty trader, said the deplorable state of the roads impacted negatively on the local economy of the people in the area.

Kaura said if all bad roads were repaired with new ones constructed and linked to other communities, it would go a long way in boosting the economic development of the area.

Another trader, Joseph Gado, said rehabilitation of the roads came as a surprise because people in the area had lost hope in the council fixing the roads.

“When the work started, we thought it was going to be like the usual, because every year, they bring gravel and sand and just fill up the potholes and leave them like that.

“So we thought it was the same strategy, but work is advancing and we pray it will be extended to other communities,” Gado said.

Another resident, Grace Auta, said going out with her car to work every morning in the past was so hectic due to the bad roads.

She expressed delight that the rehabilitation which was long overdue, had been successfully achieved and therefore, commendable.

“We have prayed for this road to be fixed for years; many excuses were given and it was like an abandoned project that could never see the light of day.

“I use a motorcycle to get to the junction just to take public transport to work because I was tired of spending money to fix my car.

“The road was so bad that only motorcyclists can maneuver through it and if you are not careful, you may even fall.

“We are so happy and grateful and pray that more places that need such interventions within the council are remembered,” she pleaded.

NAN reports that the roads given facelift are: Tipper Garage, AA Rano Junction, Behind Aso Bank, Secretariat and Market roads, among others.

The council chairman, Sabo, when he assumed office in 2019, had assured Kuje residents of massive rehabilitation of roads.