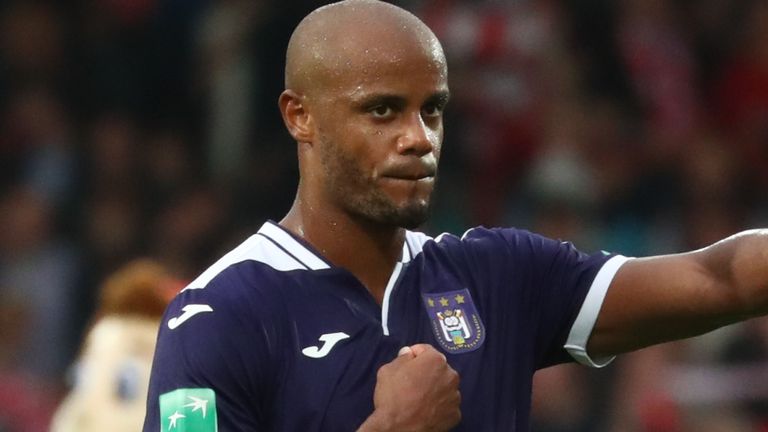 Former Manchester City captain Vincent Kompany has been forced to take drastic action at Anderlecht as he will no longer act as player-manager on match days following a woeful start to the Belgium league season.

Kompany will now focus on on-field matters as Anderlecht captain.

The centre-back left Manchester City after 11 years at the Premier League in the summer to take up the reigns at his boyhood club on a three-year deal.

The Belgium international is yet to win a league match in the Belgian First Division A, suffering two draws and two defeats in his four fixtures in charge, and the 33-year-old has opted to focus on playing matters on matchday, according to Belgian publication HLN.

Anderlecht conceded four first-half goals in a 4-2 defeat against Kortrijk last weekend and Kompany’s sole focus going forward will now be to captain the side while head coach Simon Davies will be responsible for tactics off the field.

“Kompany must be more a player during the match,” said Davies, who was previously head of academy coaching at City before he joined Kompany’s coaching staff in the summer.

“He must be able to really lead the team on the field. Of course no one doubts that he can, but it is important that he is merely one of the players during the match.

“So, together with my staff, I will take on the tactics next to the field. Because you can plan some things in advance, surprising things always happen during a match. I take that on me.”

Anderlecht made a number of high-profile summer signings following Kompany’s arrival, including Samir Nasri, Nacer Chadli and Kemar Roofe from Leeds but they are undergoing their worst start to a league campaign in 21 years.