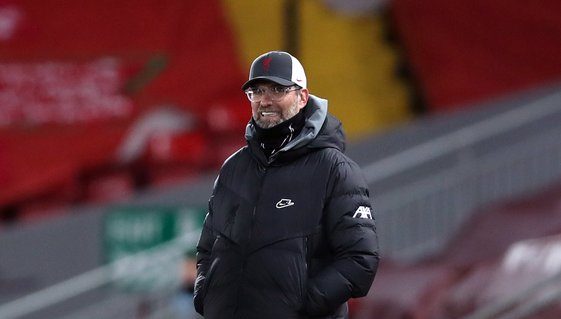 
Steven Alzate goal helped the Seagulls to their first win over the defending champions in 13 meetings in all competitions, since a 2-0 FA Cup win in 1984.

It is also the Seagulls’ first away win against Liverpool in the league since March 1982.

Speaking after the game, Klopp said: “For me the team looked, and it’s long ago since we looked like this, but we looked fatigued, mentally fatigued. That leads to not the best legs as well.

“It was a tough week and today we were not fresh enough, and that means then not good enough to break the formation of Brighton.”

“We played against a really good opposition,” Klopp told BT Sport. “For us this week looked too tough, we were not fresh, we didn’t look mentally fresh. If you are mentally not fresh, your legs normally sort your problems, but tonight they didn’t.

“They have a good plan and they deserve to win, but of course we wanted to play better and more convincing than we did tonight.

“I know the guys can play a pass from A to B, but tonight B did not seem reachable in some moments. I don’t have a real explanation for it, other than we had a really tough week, twice going to London and coming here tonight.

“We didn’t create enough. They came through and we didn’t come through.”

Liverpool’s chances to retain their Premier League crown suffered a setback last night as they are now seven points adrift league leaders, Manchester City who have a game at hand.

However, Klopp’s team have a chance to reduce the gap when they face Pep Guardiola’s men on Sunday at Anfield but they will need to score goals to achieve that, having failed to do so in three consecutive home league games for the first time since October 1984, with the Reds’ goalless run at Anfield currently standing at 348 minutes.

Australian Open to go on despite COVID-19 case – Organisers