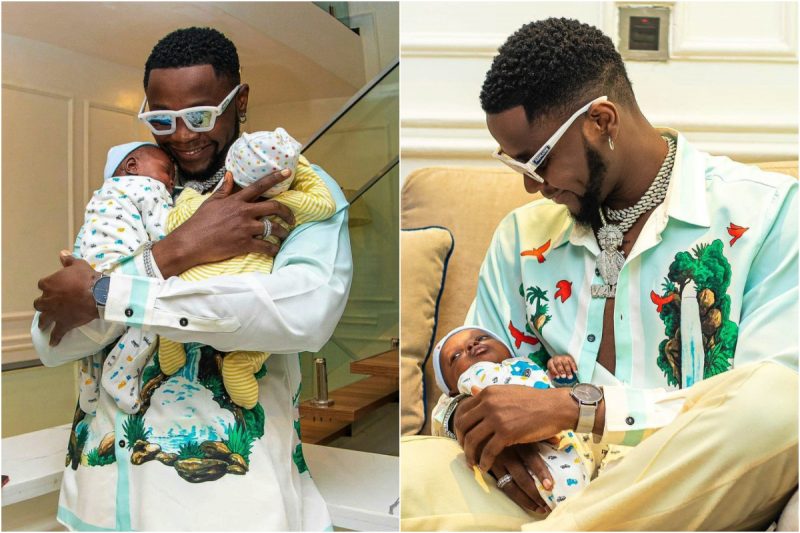 An elated Daniel described the residence as his first gift to the kids.

The singer also pointed out that unlike what the media reported, his wife actually delivered a set of triplets.

MORE READING!  BBNaija Season 6: My students have crush on me but I'm not a paedophile – Yousef

Unfortunately, he lost the third child, Jamal, four days after they were birthed.

Speaking further, the ‘Mama’ crooner disclosed that after he lost Jamal, he vowed to be a better and caring father to his siblings.

Sharing photos of himself performing his fatherly duties, the artiste Daniel also shared an ultrasound of his babies confirming his claims.

“GOD blessed me with 3 boys a while back

JAMAL, JALIL, and JELANI (triplets). 4 days after I lost JAMAL. Nevertheless, I made a promise to him that I’ll be the best father in the whole galaxy to his brothers….. Congrats to the latest Homeowners in town, Jelani and Jalil

My first gift to my sons

Related Topics:InstagramKizz Daniel
Up Next