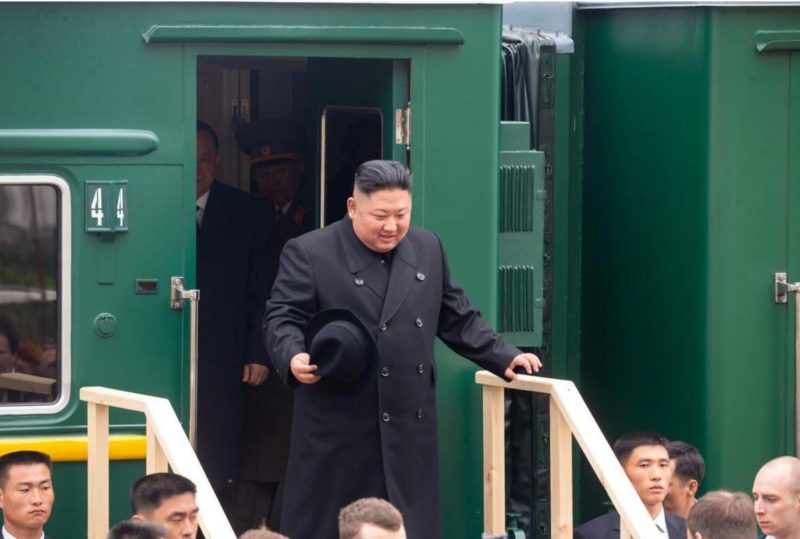 According to media outlets in China and Japan, North Korea dictator, Kim Jong-Un, has died or is on his death bed with no hope for recuperation.

Recall that days ago, multiple U.S. media reported that North Korean leader, Kim Jong Un, was said to be in grave health danger after cardiovascular surgery.

Some days ago, the Chinese government dispatched a team including medical experts to North Korea to advise North Korean leader, Kim Jong Un, on his care after he underwent life-saving heart surgery during the Coronavirus outbreak.

According to newsmen, a Hong Kong-backed news channel’s vice director who’s apparently the niece of a Chinese foreign minister confirmed the shocking news that Kim Jong-un is dead.

MORE READING!  Police have right to shoot you and you die for nothing - Ugandan Minister

She announced the news on a social media app called Weibo for her nearly 15 million followers citing a “very solid source” about the claim Kim had, in fact, perished.

A Japanese magazine reports he’s in a “vegetative state” after a heart surgery gone wrong.

The outlet reports citing a Chinese medical expert privy to the situation that Kim had clutched his chest in early April and fell down while visiting the countryside there. He needed a stent procedure done, but apparently, it either wasn’t done rapidly enough, or it was botched completely by the surgeon.

Fears about his health began after Daily NK, a Seoul-based website, reported earlier this week that Kim was staying at a countryside villa outside Pyongyang after the surgery and was conspicuously absent from events on 15 April commemorating the birth of his grandfather Kim Il-sung, the founder of the nation – one of North Korea’s most important holiday celebrations.

Dozens of top Government officials attended a flamboyant military parade at the Kumsusan Palace of the Sun on the 15th of April, but Kim was nowhere to be seen.

The publication reported that Kim had heart surgery on April 12. because of “excessive smoking, obesity, and overwork,” and is now receiving treatment in a villa in Hyangsan County following his procedure.

There were also reports suggesting that Kim was in grave danger after the surgery. But South Korean government officials challenged the reports saying they had detected no signs of unusual activity in North Korea.