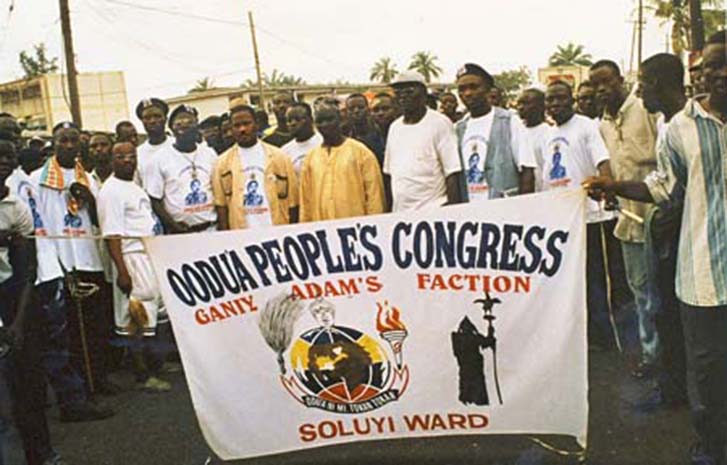 Not less than N200m was collected by kidnappers, suspected to be armed Fulani herdsmen, as ransoms for their victims in Ogun State within two months, a statement by the Oodua Peoples Congress (OPC) has said.

The State Coordinator of OPC, Chief Adesina Jimoh, in the statement released at the weekend, said the huge sum has shown that the security agents could no longer handle the current situation. Hence, the OPC has vowed to secure lives and property in the state and repel armed herders “fire for fire, and violence for violence.”

Jimoh, who cited two separate reports that the killer herders “collected the sum of N34.5 million in three separate operations carried out in one week in Ogun State”, said: “Recall also that around the second week of March 2021, two female students of Olabisi Onabanjo University (OOU), Aiyetoro campus, were kidnapped and paid the sum of N50 million.”

He added that a female teacher, a female nurse and her guests were also recently kidnapped at the Ijebu Igbo axis of the state, in which several millions of naira were paid as ransom to secure their release, THISDAY reports.

Jimoh further lamented that at the Olubo village on the Abeokuta-Aiyetoro-Imeko/Afon road in early April this year, a medical doctor and a nurse were abducted and that a month after, their relatives could only pay N4.5 million ransom before they could regain freedom.

The OPC leader said one of the instances showing that the situation at hand was too enormous for the police alone to handle was the gale of kidnappings that occurred barely 48 hours after the state police command recently paraded 16 suspected kidnappers.

“It is worrisome to note that barely 48 hours after these criminals were paraded at the police headquarters in Eleweran, Abeokuta, four other people-three market women and a driver-were also kidnapped at a spot near Olubo village on the same Imeko/Afin-Aiyetoro-Abeokuta in the Yewa North Local Government Area of the state,” he recounted.

Jimoh noted that it was evident that the series of attacks, kidnapping and rape cases could be traced to the Fulani herders, and that the situation had ethnic undertone.

“Report has it that though the victims (of the Olugbo village kidnap) were selected in random, however, Hausa/Fulani women, who were inside the same vehicle conveying those victims, were released during the operation,” he said.