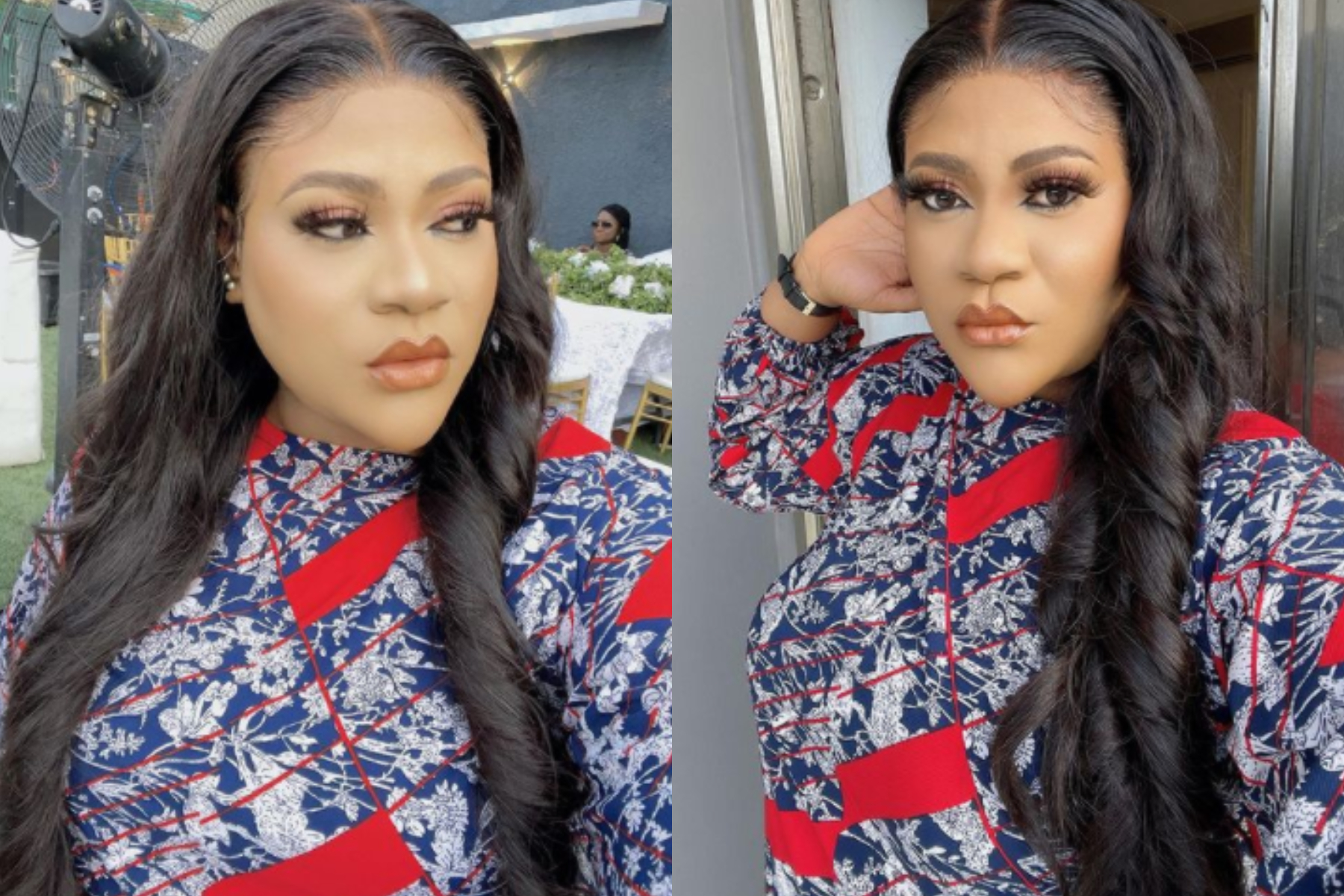 The filmmaker who posted the information on social media further advised her family, friends, and fans to be security conscious in their day-to-day activities.

According to her, suspected abductors now accost car owners with a threat to shoot them if they refuse to enter the boot of their vehicles.

The actress who disclosed this on her Instagram page revealed that the operation usually occurs around 7 pm upward.

“Latest kidnapping Trick in Warri: Kidnappers now deliberately dent d cars of their victims. Once the owners stop and come down, d kidnappers would bring out guns and order the victims into the car boot. This is trending in Warri now.
“If your car is rammed into by another person as from 7 pm, speed off. Don’t stop for argument or quarrel. Warn your wives, brothers, sisters, and friends. We are in an armageddon state of nature – the perilous time. Watch ye therefore and pray always”.

Nkechi Blessing is a talented and beautiful actress. Her acting skill has no doubt catapulted her to center stage in little or no time since her emergence into the Nigerian movie industry, popularly referred to as Nollywood.

Although the beautiful actress is more known in the Yoruba Nollywood terrain, she is versatile such that she plays just any role given to her and interprets them perfectly.

The filmmaker, producer, and scriptwriter from Abia State in the South-Eastern part of Nigeria.

She was born and bred in Surulere, Lagos State. She is the only child, having lost her brother to the cold hands of death.

She is mostly known in the Nollywood Yoruba terrain and is regarded as one of the fastest rising actors in the Nigerian movie industry.

Related Topics:ActressNkechi Blessing
Up Next

World’s largest iceberg A-76 breaks off in Antarctica

Lyta infected my son and I with STD, Singer’s baby mama alleges