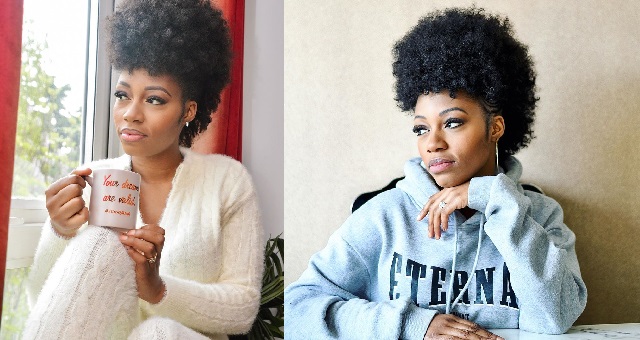 Reality TV star, Khafi Kareem-Ekpata, has issued a note of warning to ladies participating in the trending Silhouette Challenge on social media.

The viral trend has motivated ladies and some men to share their nude photos on the internet, under the guise of a dark red-lit room.

The former BBNaija housemate has however taken to social media to send a friendly reminder that the internet never forgets.

She further noted that society is harder on women and what they share online would remain there forever.

Khafi continued that a man can decide to do the same thing or something similar to what a woman did, but not get the same level of backlash.

She also added a disclaimer that she is not trying to suck the fun out of the TikTok challenge, but only calling people’s attention to the potential future implication.

”Just a quick reminder that the Internet doesn’t forget

”The fact is society is harder on women. I should know this from personal experience. What you put out into the Internet space remains there.

”A male can post the exact same thing or similar and not get the same heat/consequences that a female would.

”This is not me being anti fun this is just facts. As long as you are fully aware and fully conscious of this by all means do what you want, but do not cry when it gets into the wrong hands or your future is affected because of what has been posted on the Internet in the past.”

Just a quick reminder that the Internet doesn’t forget 🙃

Everyone vomiting in the quote tweets clearly don’t read subsequent tweets. You’re exact proof of what I said, the Internet does NOT forget. I know that which is exactly why I said it 🤡🤡🤡 https://t.co/4rjgduNjTx