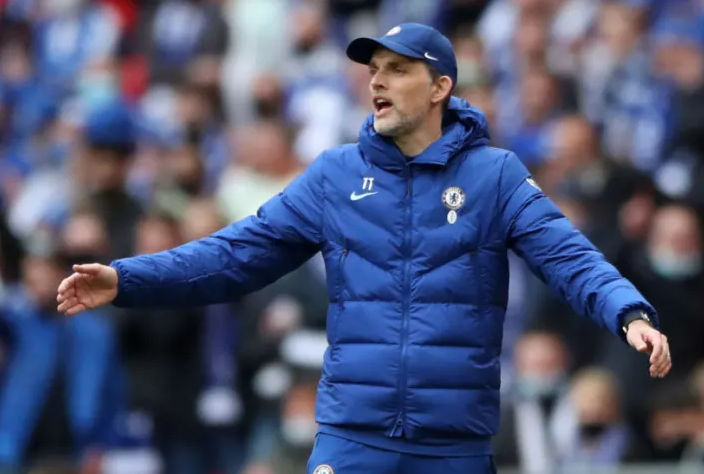 Chelsea’s manager, Thomas Tuchel, has said his players were unlucky when they played against Leicester City at FA Cup final last night.

Chelsea lost the FA Cup on a 1-0 scoreline to Leicester City at the Wembley stadium.

Youri Tielemans’ sensational goal midway into the second half won the trophy for the Foxes but the game also had it’s share of controversy.

Ayoze Perez appeared to handle the ball as Reece James attempted a raking pass but it wasn’t checked by VAR, the Foxes broke through and Tielemans smashed home an absolute thunderbolt from 25 yards out that gave Kepa no chance at all.

Then there was Ben Chilwell, who thought he had levelled things up against his former side four minutes from time but VAR intervened once again and ruled the Blues left wing-back offside.

VAR showed that it was Chilwell’s hand and sleeve that were ahead of Foxes centre back Caglar Soyuncu in the middle.

At his post-match press conference, Tuchel said that he believes the Blues were unlucky in the final and that it was more a 1-0 game in their favour than it was in Leicester’s who won their first FA Cup trophy.

“We are disappointed and not angry with our performance from the boys,” Tuchel said.

“I think the performance is enough to win it. I think today we were unlucky and we’ve never hidden that we need to have that to win at this level. You need momentum, decision making, little details, the referee.

“I think we defended well, counter-pressed well, didn’t allow counter-attacks by one of the best counter-attacking sides in Europe.

“Our decision making in the first half was too hectic, we tried to force the solution. We created two against two and three against three situations that were more promising than we made of it.

“We had a big chance with Azpilicueta and in the second half we controlled the game. We conceded a goal from nothing. It’s a fantastic goal and a lucky goal. We have a chance from Mason, an offside goal that was very close. We were unlucky today.”

You did Nigeria proud, Atiku, Keyamo, others hail Ndidi, Iheanacho