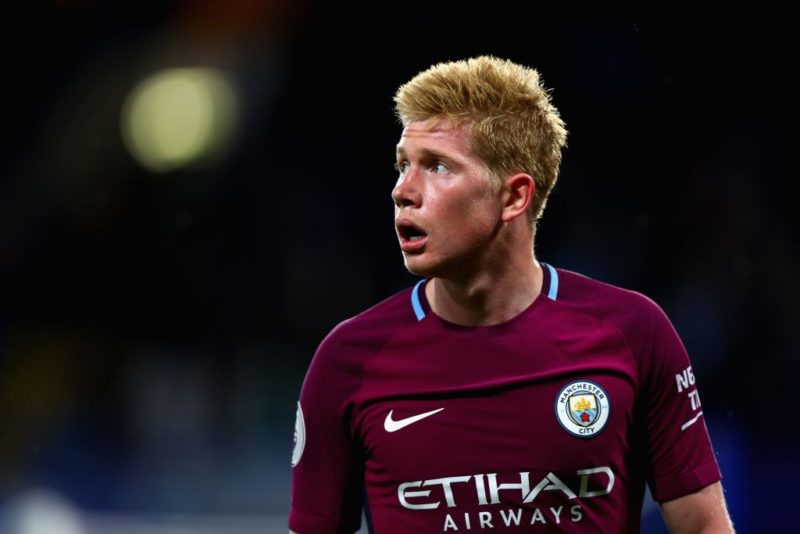 Manchester City manager, Pep Guardiola has confirmed that Kevin De Bruyne will be out for four-six weeks after picking up a hamstring injury.

Speaking ahead of Saturday’s FA Cup fourth-round tie at League Two Cheltenham, Guardiola revealed that the Belgian picked the knock in the 2-0 Premier League victory over Aston Villa on Wednesday.

City’s key player will not feature in tomorrow’s FA Cup tie as well as the league fixtures against Liverpool, Tottenham and possibly, the game against Arsenal next month.

City are second in the league, two points behind rivals Manchester United with a game in hand, and Guardiola says they “have to move forward,” without De Bryne.

“Kevin, the doctor had to review the scan this morning, and he will be out between four and six weeks.”

“I’m not saying that nobody doesn’t know about his importance,” Guardiola added. “Unfortunately for him and us, he’ll be out for an important part of the season, and we have to find a solution because everyone’s struggling in this situation, and we have to adapt.

“The players don’t want to get injured, but they are human. Why in the FA Cup can we use five subs but in the league not? It is a different competition. Is it a special one? It’s not just because it’s Kevin. It is everyone for the past five seasons. It is too many games.”

Except the 29-year-old makes a quick recovery, he will miss at least nine matches for City, including their Champions League last-16 first leg against German side Borussia Monchengladbach.

According to that recovery timeline, he would be pushing to return for the Manchester derby on March 6.
Speaking further, Guardiola revealed that City will also be without right back, Kyle Walker, for tomorrow’s FA Cup tie, asfter picking up an injury agaainst Villa.

“Kyle had a big impact kick in his hips, but just a kick, so is not available tomorrow but we wish he is available for the next game,” said the City boss.

He also spoke on Sergio Aguero who has been forced out of action after testing positive for COVID-19. He has been in isolation for over a week.

“What we wish right now is that Sergio feels better,” said Guardiola.

“He felt uncomfortable in the first three days after testing positive. He felt quite tired, with all the symptoms you get. Hopefully he can come back. Step by step in training. A long time we have missed our best striker.”