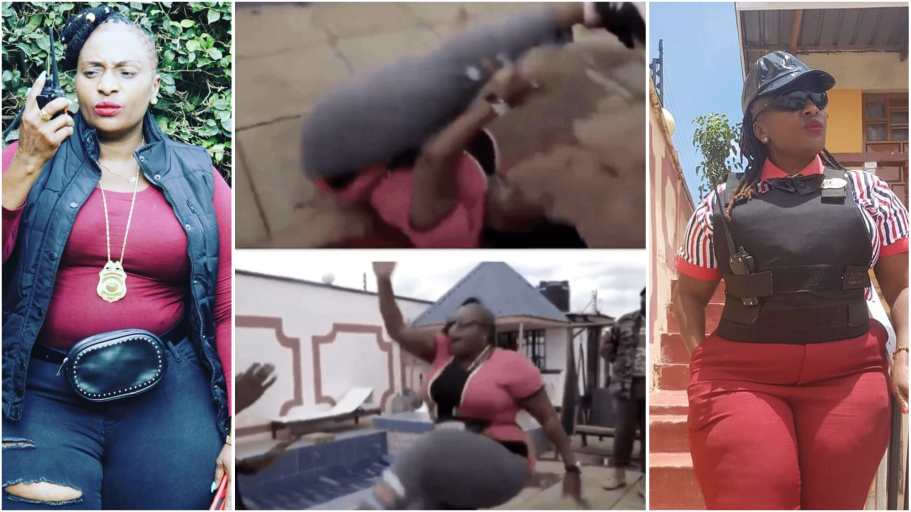 Mugo has caused quite a stir in Kenya has she, according to BBC, is now one of the most target persons in the African country with court charges and assassination attempts… hmmm… “tell me she’s not Jane Bond?” 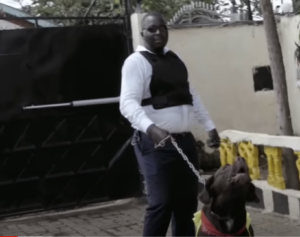 Moving on, Mugo’s team of hefty looking bodyguards(the Kenyan MIBs) include ex-policemen who are also investigators and they spy on politicians.

She also calls herself the best PI in the world and she has a police station named after her. “I am the best in the world. In Africa, in Kenya, nobody can beat me up,” she said.

Mugo’s credentials are not questionable but for a PI whose right-hand man and head of security, Charlie, has no actual control on her wild-looking dog, there’s no way she won’t steal the headlines.

“We normally have four dogs and two have already been hired for assignment and two are 24 hours in my compound… The one you just met should be Hitler, he’s the father of all.. he hits very hard and we love him…” says Mugo, who fell flat during a failed attempt to impress BBC’s Sharon Machira with her taekwondo skills. 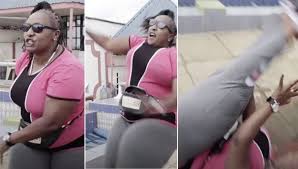 “He hits on everyone especially our enemies, of course not friends like you… you are my friend, you should feel at home actually, I don’t know why you’re scared,” Mugo told Machira who was frightened by Hitler’s aggression.

Mugo boasts of solving hundreds of murder cases with more than a dozen criminals already in prison but one can’t but question if she’s existing in another Kenyan multiverse and here’s why:

Kenya, I mean Kenya, could actually make do of her expertise after President Uhuru Kenyatta recently said that his country was losing more than two billion shillings ($18m; £13m) a day to corruption.

Secondly, a Kenyan called Mansur Mohamed Surur, popularly called “Mansour,” was recently extradited to America for crimes relating to wildlife and drug trafficking and I doubt if Jane has a hand in his extradition.

This leaves us with an unanswered question – WHO ARE THE CRIMINALS JANE HAS PUT BEHIND BARS?

However, the BBC documentary has been trending on Twitter since its Monday release and Jane, as well as the British media, have been subjected to ridicule despite having about 347,310 views on Youtube but Jane is not going down that easy. 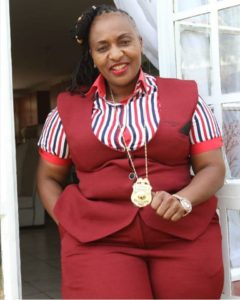 Reacting to the critics in an interview with Masawe Jappani on Radio Jambo, Jane said: “Idlers, haters who have never appeared on local radio station or their village limelight, they cannot show us what they have done in their village, struggling to put food on the table yet jealous souls.

“Nobody is speaking about my training or my range. I pray you stay longer to witness my blessing. While the world is congratulating me for winning in a male-dominated job, I was some cheap desperate bloggers vomiting hatred looking for cheap publicity,” she added.

If we would go by the report that she is the most feared spy in Kenya, I think President Kenyatta needs to contract her to stop corruption in the country, it would be a test-run for other African countries as well.

But for Kenya’s most-wanted PI, I think Jane just exposed herself and it’s quite hilarious when she said ‘I am the best in the world, in Africa, Kenya, nobody can beat me up.

Who knows, she might be able to spy on the Nigerian government to unearth who ordered the shooting at the Lekki Toll Gate on 20/20/20.

Before she takes on an international assignment, let us see what her people on Twitter think of the Jane Mugo documentary:

One user, @KOT_Loyals, feared that Nigerian and South Africans will troll Kenyans after seeing the video and It would be interesting to see how this plays out when the time comes.

@KOT_Loyals: “That Jane Mugo Documentary should not have been aired. Now Nigerians and South Africans have one more weapon against us next time we have a Twitter war.”

@Maddz254 thinks Mugo isn’t real, tweeting: “The clownery that is the Jane Mugo doco on BBC Africa! I like to think, this can’t be real but I know all too well it is!”

Another user Panos Ladas, @Ladas, is on the same page with @KOT_Loyals by agreeing that Nigerians and South Africans will definitely troll Kenyans.

He tweeted: “Now Nigerians and South Africans have one more weapon against us next time we have a Twitter war. That Jane Mugo BBC documentary was like an episode straight out of Cobra Squad.”

One user was sarky with her comment as she commended the BBC for doing a wonderful job with the documentary. @BeingRejoice tweeted: “BBC News Africa does amazing documentaries. The JaneMugo doc is so hilarious and well done.”

This detective has a Dog named Fucking “Hitler” bc it “Hits our enemy” (??)https://t.co/MNHLmNu4Ue

Another user, Wilber Amwayi with the username @wilberzipper, can’t help to think that Kenyans will be mocked by popular South African comedian, Trevor Noah.

He tweeted: “When I think of how @Trevornoah will roast us on the Jane Mugo BBC story I can’t help my knees.”

@Splutterham thinks that the documentary is beneath the BBC’s status. He said: “This Jane Mugo BBC documentary is the most bogus I have ever seen from a respectable firm like BBC. “

@CalvinceKe tweeted: “I watched the BBC story on Jane Mugo with her team headed by Charlie 1. As she claims to be the best detective in the world etc, I find Jane basically very very below average if I have to rate her on the strength of the story alone. Any serious detective would have.”

Meanwhile, one user, @rukeeveni, thinks that the documentary is an agenda from western media – “Aaiye the BBC Africa docu is a botch Woozy face #janemugo the more documentaries I watch the more I realize it. Western media and their agendas.”

Tracy Kadessa [email protected] wondered how the documentary got the green light from BBC’s editorial team: “How did the editorial team let that Jane Mugo feature air? BBC thanks for the humour though.”

How BBC is seeing Jane Mugo n how Kenyans see her?? pic.twitter.com/nRJYfteUyQ

@NPSOfficial_KE @NPSC_KE @DCI_Kenya @IG_NPS …I over had in that BBC jane mugo documentary that,there is a police station named after him…..How and where on earth does that happened,naming a police station/post after a criminal.
You ought to rename it Asap

We will Lose Twitter Wars because of #JaneMugo Now Nigerians and South Africans have a new Weapon against us Thanks to One #JaneMugo @BBCWorld @BBCNews https://t.co/w3m2ylLA6P