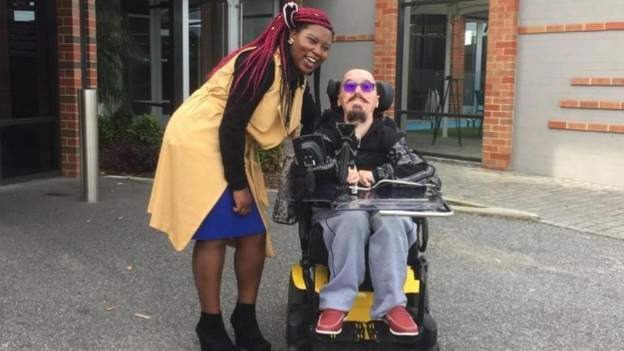 It was love at first-sight for Kenyan, Susan Njogu Eling, who married a disabled Australian man Philip Eling but she was prepared for what’s next because of her husband’s condition.

Susan married Philip six months after they met, following approval of their parents but once the photos of their wedding were uploaded on, she was labelled a gold-digger.

In a chat with BBC Africa, she revealed that people judged her love for Philip without knowing that she had always worked with disabled people.

Susan who moved to Australia and enrolled for a diploma in working with the disabled after which she applied for a job at Mr Eling’s workplace.

Philip asked her out by email after the interview and they exchanged contacts and later went out on their first date.

“Ours is a story of love at first sight. Nothing about him bothered me, especially because I had related with many disabled people while studying,” she says. 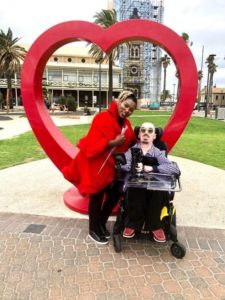 “They gave me their blessings at once. They were completely alright with our decision, and especially because they knew how passionate I was about helping the disabled. I was ecstatic,” she said.

The couple married in a red-themed garden wedding in Adelaide and photos were widely shared online, eliciting mixed reactions.

“People said I only did it because I wanted to get money from him, but I sort of expected that reaction from them. I was very relaxed and prepared for it. I got comfort from knowing that our union was ordained by God,” she said.

As they celebrate their third wedding anniversary, Mrs Eling describes their marriage so far as fantastic.

Mr Eling was born with muscular dystrophy – a disease that causes progressive weakness and loss of muscle mass.

PHOTOS: AK-47 riffles, RPGs, others seized by US Navy off Somali coast