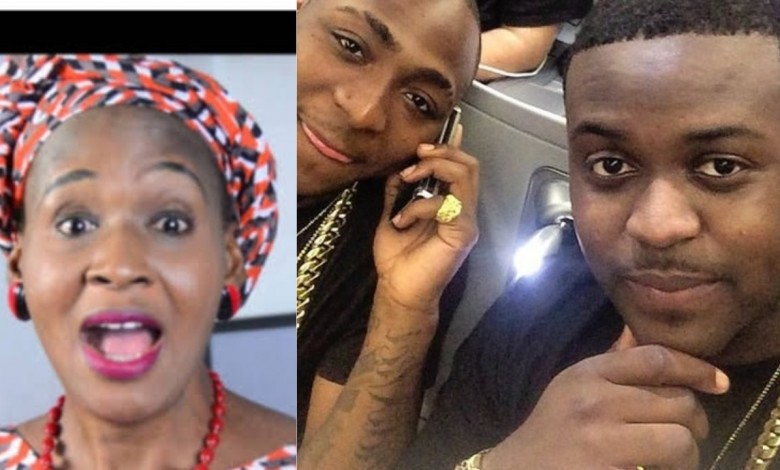 The 56-year-old called Adewale names and also disclosed that his mum was a mistress to the billionaire, Adedeji Adeleke.

Recall that a few hours ago, Adewale took to twitter to blast those who watch BBNaija and advised the youths to go make some money because watching the reality TV show is a lame thing.

“Y’all lame as hell watching big brother like your life depends on it! Go make some money”, he wrote.

Kemi, on the other hand, decided to defend BBNaija lovers by replying the billionaire’s son.

Read what she wrote below;

“WALE ADELEKE: Davido’s arrogant fat older half brother says you should stop watching #bbnaijialockdown and you are all lame. Some people’s lives depend on the small small N1M prizes Ebuka gives out. He also advises you to “go make money” not even get a job. This is the problem I have with children of billionaires. I keep educating you and many of you are DISRESPECTFUL as you like LIES. Well he’s already asked you if your life depends on it? Wale is the son of Deji Adeleke’s baby mama Grace before he married late Veronica. The arrogant young man confessed to me that their father in fact got an oil block from Ibrahim Babangida as a gift just like Folorunso Alakija “in good faith”.

Wale is so ignorant he tweeted 20 mos ago to me that I’m a “mumu Journalist” saying ALL RICH NIGERIANS got oil blocks. Pastors, Businessmen etc too ABI? Children of the oil rich Nigerians don’t know where their father’s riches came from: Mostly NIGERIA’S OIL MONEY but can tell you arrogantly to “go make money” and blatantly flaunt their wealth. Many youth want to be like the Adelekes and end up caught doing Yahoo by the EFCC. Have you asked Wale how to make that money? These kids got huge start up cash from their father and think everyone is that lucky fooling their peers that they made money with hard work.

Here’s proof that Wale actually said that if you are rich you got an oil block. Ignorance does not excuse stupidity Wale.

Meanwhile late Abba Kyari got a $1B oil block July 2019 as seen in a restricted leaked document and his daughter owns $270M shares off it. Not all rich ppl Wale, only friends of the ruling president. Deji Adeleke was one of “IBB’s boys” and Alakija was late Marian Babangida’s in house tailor. They keep enjoying NIGERIA’S money. Keep supporting them. The same Wale who Hushpuppi was spraying mounds of dollars at his UAE wedding. Don’t worry, henwill do a giveaway soon.” 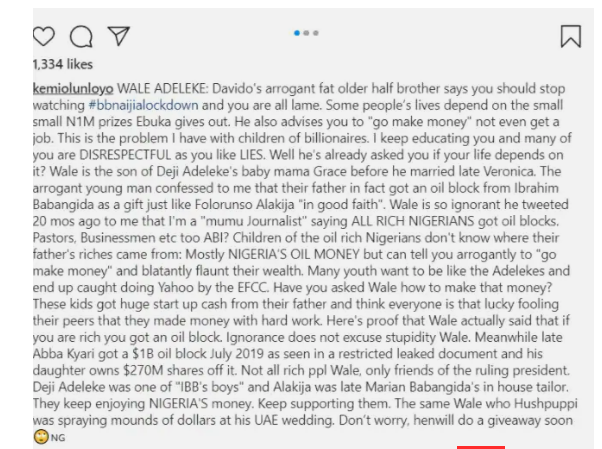