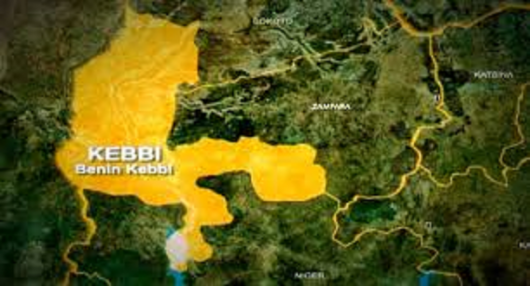 The portal, www.dcp.kebbistate.gov.ng, would also enable youths to benefit from the various interventions by the Federal Government and other organizations in the country.

Speaking during the event in Birnin Kebbi on Saturday, the State ICT Commissioner, Alhaji Abdullahi Muhammdu-Magoro said the gesture was part of the government’s commitment to ensure development in all sectors.

He said that the portal was launched in order to collate accurate data of all unemployed, educated, and uneducated youths in the state, adding that registration is free-of-charge.

He said: “The State Government is poised to having a robust and efficient database of all the unemployed youth in the state, hence, allow for better planning.

“The data will be captured so that when the opportunities abound, more qualified youths will benefit from such interventions from the Federal Government and other Development Partners.

“We have already successfully conducted registration exercises like those of N-power and NYIF. With this portal, more of our youth will benefit.”

Magoro further explained that arrangements were made to ensure that both the educated and uneducated people benefit from the registration.

“We have made arrangements with some designated business centers in all Local Government Areas and internet cafes for the uneducated youth to go and fill forms.

“Their data will then be uploaded into the portal, hence they can as well benefit when the opportunities for such jobs and interventions come,” the commissioner added.

He acknowledged the contributions of the CBN, NOA, and NIMC among others, saying that such support had facilitated the successful take-off of the portal.

Also speaking, the Wazirin Gwandu, Alhaji Abdullahi Umar, said that the gesture would greatly reduce unemployment in the state.

He described the youth as the backbone of any society, stressing that no efforts to provide employment opportunities for them was too much.

Umar urged the youth not to miss the opportunity provided by the state government in upgrading themselves.

‘I am happy to be part of this occasion in view of its importance to the target beneficiaries, the youth.

‘I am also happy to hear that Kebbi State is the first state in Nigeria to come up with this free of charge,” he said.

The State Chairman of the Nigerian Association of Small and Medium Enterprises, Alhaji Nura Bello, said the youth in the state never had it so good.

He said youths have benefited immensely from interventions from both the states and federal government, saying that SMEs across the country has witnessed a boom.