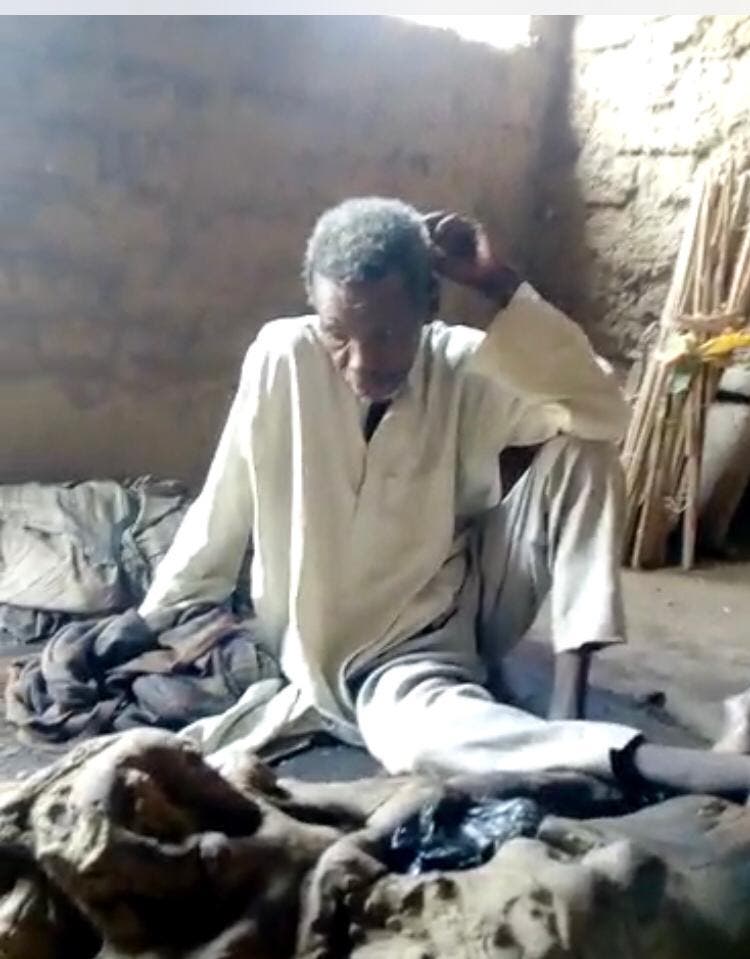 The Kano State Police Command on Thursday rescued another 55-year-old man, (identity undisclosed) kept in captivity for 30 years in Rogo town of the State.

The Command’s Public Relations Officer, DSP Abdullahi Haruna confirmed the story to our reporter in Kano.

He, however, said that information about the development was sketchy as the command was still waiting for a report from the Divisional Police Officer of the area.

It was gathered that the 55-year-old man was locked up by his family for 30 years over alleged mental illness.

A picture of the man going viral on social media showed that one of his feet was bound to a heavy log in a room.

The man was said to have been rescued with the help of the Human Rights Network who alerted the security operatives about his plight in the area.

The rescue of the 55-year-old man brought to three the number of rescued persons that were kept incommunicado in less than a week in the state.

Recall that last Thursday, one Ahmed Aminu, 32-years-old, confined by his father, Aminu Farawa in a garage for seven years was rescued by the police.

Similarly, on Sunday, a 40-year-old, Ibrahim Lawan held in captivity for 15 years in Sheka Quarters, Kumbotso Local Government Area was also rescued by the police in the state.

MORE READING!  You deserve it, Buhari lauds Tunji Funsho over 2020 TIME 100 recognition
Related Topics:CaptivityKano
Up Next

NBA withdraws invitation to El-Rufai as speaker in annual conference