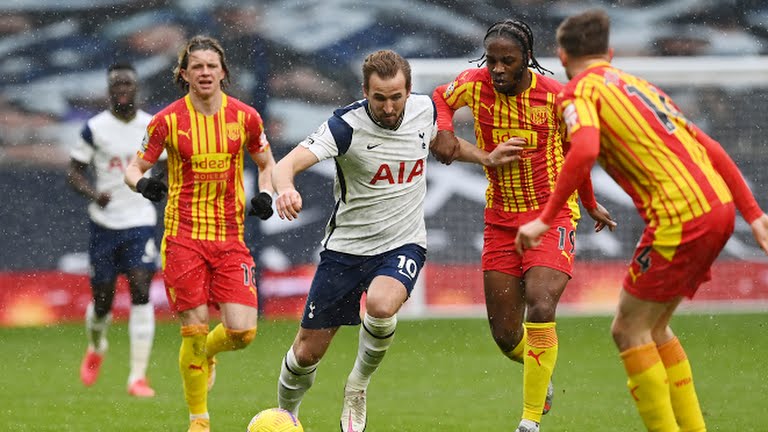 Kane was injured during the 3-1 home defeated against Liverpool on January 28 and has missed the home and away defeats to Brighton and Chelsea respectively.

Spurs got Kane’s boost right on time in an attempt to avoid a third consecutive home defeat albeit against Sam Allardyce’s Baggies who are struggling to escape the drop zone.

The Englishman gave Jose Mourinho’s men a breather with their first goal after two matches when he found the back of the net in the 54th minute of the game after latching onto a neat pass from Pierre-Emile Hojbjerg.

Strike partner, Son Heung Min, made it 2-0 four minutes after to seal the all needed win for the home side, ending a winless run for Mourinho’s side.

Mbaye Diagne did get the ball in the back of the net twice for the visitors in the 60th and 82nd minutes but both were ruled out for offside.

In a post-match interviewwith BT Sport, Mourinho said: “I loved the compromise of the players, the effort, the determination, the clear wish to show everyone how together they are and how much they were suffering with the bad results and how much they wanted the victory.

“That was the fundamental thing. In the first half we were dominant and could have killed the game.

“At half-time we had confidence, we were positive, I only spoke to them for one minute. We were going in the right direction.

“Harry Kane is a special player in the history of the club. He will beat every possible record. We had very good individual performances today.

“At the end of the season you have the truth, we will be where we belong, where we deserve to be.”