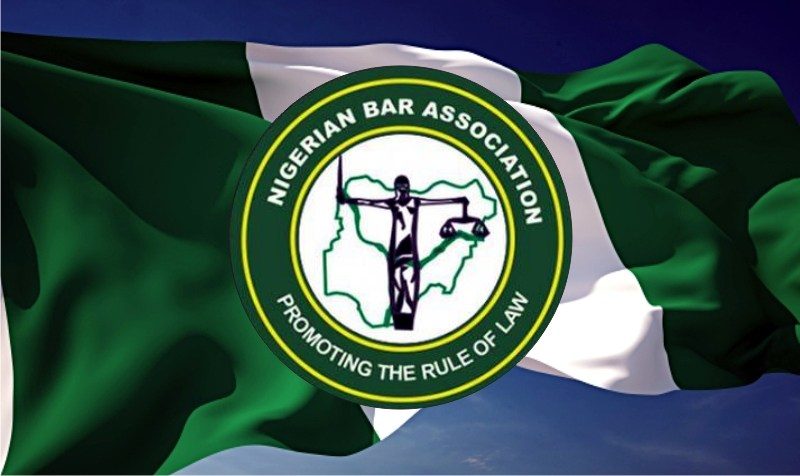 The Kaduna State Chapter of the Muslim Lawyers Association of Nigeria (MULAN) yesterday directed its members to boycott the AGC over the withdrawal of Governor Nasir El-Rufai’s invitation as a speaker at the conference.

The group, at a press conference in Kaduna, also asked Muslim lawyers across the country to boycott the conference, saying the decision of the NBA NEC smacked of what it called parochialism, favouritism and ethno-religious considerations.

The Vice-Chairman of the association, Abbas Ma’sanawa, who read MULAN’s position, said the same NBA had kept mute over the;

“Genocide going on in the North East, banditry and kidnappings in Katsina, Zamfara, Niger, and Kebbi States, and Giwa and Birnin Gwari in Kaduna State,” while also ”giving surreptitious ethnic cover to Southern Kaduna as if lives matter more in some parts of the country over the others.”

“Lives lost in Batsari, Katsina State far outnumber that of eight local governments of Southern Kaduna put together. This isn’t to say MULAN Kaduna justifies loss of lives anywhere and in any guise. MULAN Kaduna wonders where was the posturing of NBA at the many lives Iost in Borno State.

“Without mincing words, the constitution of the Federal Republic of Nigeria, 1999 precisely, Section 10 states in clear terms that “the Government of the Federation or of any state shall not adopt any religion as a state religion.

“We are witnesses to how Governor Nyesom Wike demolished a mosque and came out openly to say, ‘I repeat once again without apologies, Rivers is a Christian State. That is why nobody can touch us.’

“We believe that NBA NEC deemed these utterances glorious, hence the lofty invitation to Nyesom Wike to use our hallowed platform to propagate his governance inklings and dis-invitation of Governor El-Rufai.

“The President of the Nigerian Bar Associaticn, Paul Usoro, SAN said NEC’s decision yesterday had no ethnic or religious colouration or connotation howsoever and whatsoever.

“MULAN Kaduna Branch asks Mr. President if the topic: Who is a Nigerian? has anything to do with Southern Kaduna. An honest answer in this direction would reveal the clandestine motive of the NBA.

“Paragraph 7 of the letter of Mr. President requesting the Governors’ Forum to communicate the dis-invitation to His Excellency, Mallam Nasir Ahmad El-Rufai is certainly sinister as MULAN Kaduna wonders if the letter inviting him was routed through the Governor’s Forum in the first place!

“What stops Mr. President from sending the letter of dis-invitation to Governor El-Rufai directly?

“There is certainly more to it than meet the eye in the circumstances, and to be modest, the NBA President’s assertion as contained in the letter to the NGF cannot be far from the truth as to the ethnic-religious drive in the whole of what have played out.

“In view of the unfortunate decision of the NBA NEC, MULAN Kaduna Branch is left with no option but to instruct its members to withdraw their participation in the forthcoming NBA AGC and enjoins all Muslim lawyers in Nigeria to join in the boycott.”

Also reacting, the Supreme Council for Shari’ah in Nigeria described the action of the NBA as irresponsible.

MORE READING!  El-Rufai's law on castration of rapists must be enforced - Foluke Daramola-Salako

Secretary-General of the council, Nafi’u Baba-Ahmed, also a lawyer, said: “The unfortunate development has cast a terrible smelly smear on the NBA, which until recently, was controversially regarded as representing the best ideals of justice, equity the good conscience of the society.

“The decision taken by the Nigerian Bar Association (NBA) to delist Mal. Nasiru Ahmad El-Rufa’i, the Executive Governor, Kaduna State, as one of the speakers at its virtual annual national conference is, to be charitable, regrettable and irresponsible of an institution of which I had hitherto been a proud member for over 40 years.

“We want to believe that the decision is not representative of all its right thinking members. For clearly, it has already taken sides in the Southern Kaduna crises, contrary to its members’ training and what it loudly preaches, without listening to the narrative from the other side.

“Clearly, lowly, narrow political and religious sentiments have beclouded the judgment of the leadership of the NBA, forgetting the most basic principle of their training and that its members cut across all sides of the divide.

The virtual AGC is scheduled to run from Wednesday to Friday.

It has the theme, ‘Step forward.’

It is expected to have Vice President Yemi Osinbajo and the Attorney-General of the Federation, Abubakar Malami (SAN), among others, in attendance.

El-Rufai was initially listed as one of the guest speakers in a session entitled ‘Who is a Nigerian?… A Debate on National Identity.’