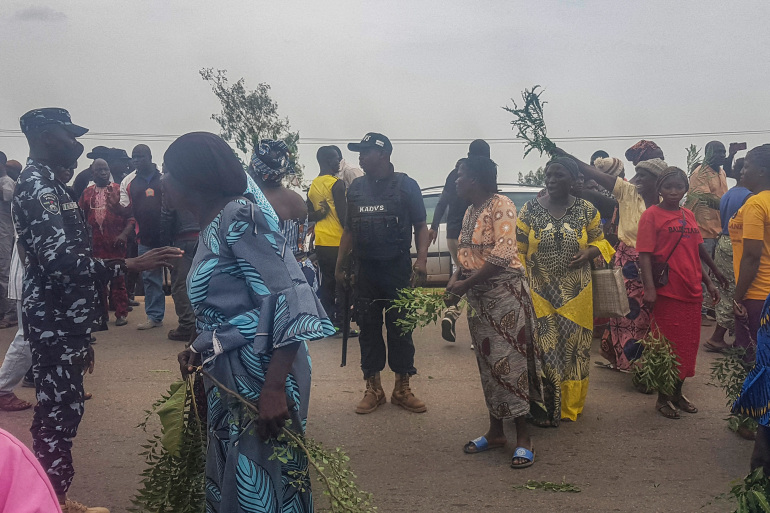 Less than 48 hours after making demands, the bandits who abducted students of Bethel Baptist High School have reportedly rejected the nine bags of rice and other food items offered by the management.

This was revealed by the Vice-Principal of the school, Wakili Madugu, in a live interview on Nigeria Info Abuja 95.1 FM on Thursday.

Narrating the harrowing experience, Madugu claimed that he received a call at 7.30 am reassuring them that the students are safe.

The school official said the kidnappers had demanded food items with which they would feed the students.

He further stated that the bandits said authorities had blocked their access to food and therefore demanded that the school and the parents make food items available.

Madugu, however, said the school did not have all the items demanded because they had exhausted almost all their foodstuffs ahead of the school’s closure this week.

The Vice-Principal added that the school was able to provide some of the items available within the given timeframe but the bandits rejected them.

“The school had no more food because we were preparing to close the school in less than four days. So, the food items were not up to what they (abductors) were demanding. So, we sought assistance from some of the parents and we did our best.

“As of today, we have nine bags of rice, one sack of beans, two cartons of Maggi (seasoning), two kegs of palm oil and a bag of salt. They told me to bring the items yesterday (Wednesday) and so I called them around 7.00 pm and they asked me how far.

“I told them this is what we have on hand and they started insulting me, threatening me and they switched off the phone. That means what I have is not enough.”

However, the vice-principal denied reports that the state government asked the school to close down before the incident.

On what efforts the school had made to ensure that students were not abducted, Madugu said members of the Joint Task Force had been guarding the school.

He reiterated that the operatives actually engaged the bandits in a gun duel on Tuesday but were overpowered by the superior firepower of the assailants.

According to him, the bandits did not come in vehicles but actually marched the students out of the school.