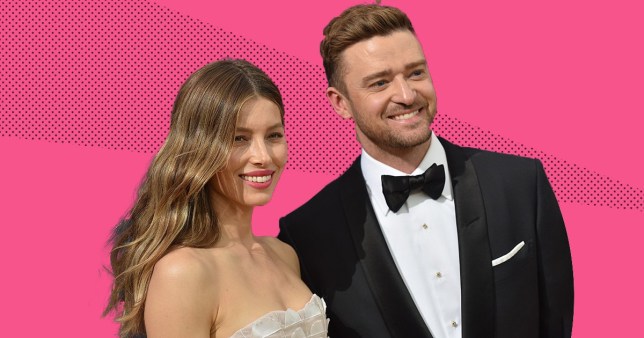 Justin Timberlake and his wife Jessica Biel have finally announced the arrival of their second child after hiding the pregnancy from the public.

Biel, an actress, reportedly gave birth to their son six months ago and the couple kept it a secret only for Timberlake to reveal the big news this week.

In an interview with Ellen DeGeneres, the Man of the Woods singer confirmed his baby’s birth and name – Phineas.

Spilling his secret, Ellen said: ‘Now listen, I’d completely forgotten this but you’re a dad again. You had another little child. I think we were FaceTiming and you said, “Hey, do you want to know a secret?” and then Jessica walked in and you put your hand on her stomach and you were like, “We’re having another baby!”

Justin, 39, then revealed: ‘You’re one of the first people outside of our immediate family that we told.

Ellen admitted: ‘I’d completely forgotten that because that’s how good of a secret-keeper I am.’

Justin then replied: ‘I’ll tell you his name. His name is Phineas and he’s awesome and he’s so cute and nobody is sleeping, but we’re thrilled and couldn’t be happier. Very grateful.’

Having already father a five-year-old, Silas, with Biel, Timberlake who tied the knot with Biel in 2012 joked that barely see each other anymore as they have their hands full with two children.

‘It’s a lot of fun but I guess the saying goes, “Go from a zone defense to a man-to-man very quickly”,’ Justin explained.

‘“You go get that one, I’ll get this one”. But it’s great and Silas is super excited. Right now, he’s very much liking it but, you know, Phin can’t walk yet or chase him down, so, I don’t know, we’ll see what happens.’