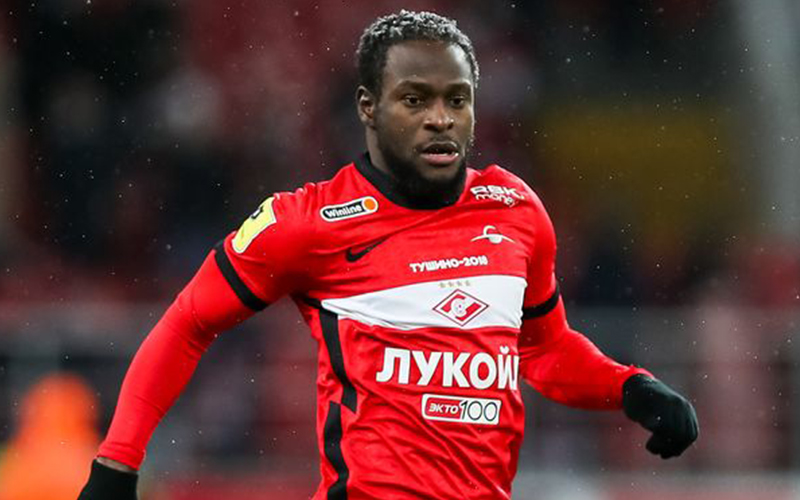 Moses who was on loan at Moscow last season made the deal permanent by signing a two-year deal that would run until the summer of 2023, the Russian club announced on Friday.

The statement read: “We’re delighted to announce that we have completed the permanent transfer of Victor Moses from Chelsea. After a successful loan spell last season, Victor has chosen to extend his contract with us for another two years, and will now stay around until 2023.

“Everybody at Spartak is excited to watch more of Moses over the next two years, and wish him nothing but the best.”

Last season, Victor scored and assisted four goals each after joining the club in October.

Most notably, he scored the goal that secured Moscow’s passage into the UEFA Champions League for the upcoming season.

The Nigerian who joined Chelsea in the summer of 2012 from Wigan Athletic struggled to cement a permanent place in the first team and was shipped out the following season to Liverpool where he spent one year before subsequent loan spells Stoke City (2014–2015), West Ham United (2015–2016) and Fenerbahçe (2019–2020).

Having failed to secure a permanent move afterwards, Moses was loaned out by Chelsea to Inter Milan (2020) and then finally Spartak Moscow where he spent the whole of last season on loan.

The 30-year-old graduated from Crystal Palace’s youth academy before making his way up the ladder in English football and joined Chelsea FC in 2012.

Over the decade, Victor played for some of football’s most prestigious clubs including Inter Milan and Liverpool. Playing a massive part in Antonio Conte’s squad, Victor won the 2016/17 Premier League with the London outfit and was also part of two Europa League triumphs in England.

At the international level, Moses won the 2013 Africa Cup of Nations with Nigeria and was an integral part of the Super Eagles’ World Cup campaigns in Brazil and Russia.