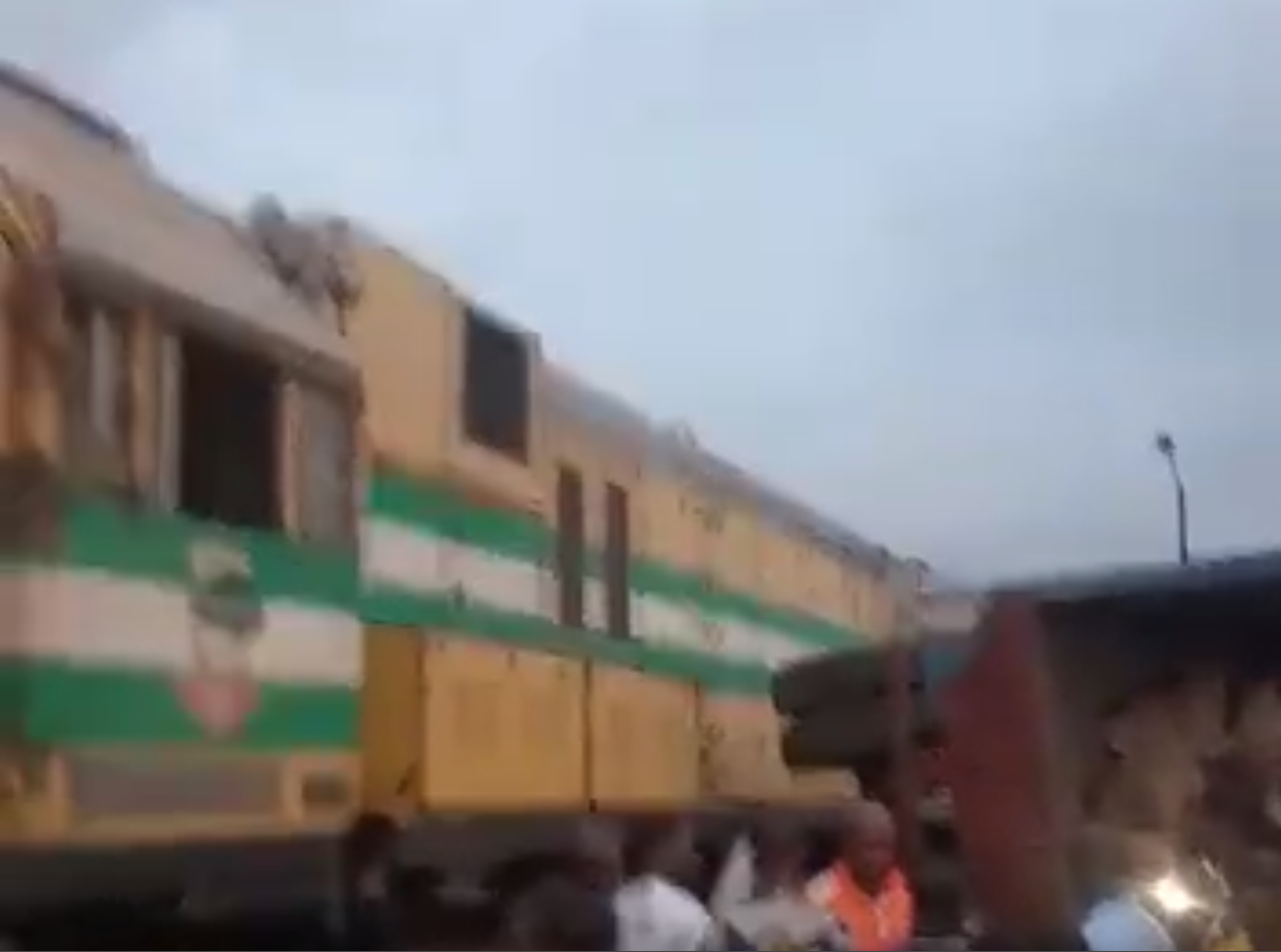 A train on motion has on Monday, reportedly had a head-on collision with a truck.

The incident occurred at about 8.52 am at Mofolasayo Drive, Jonathan Coker Road Level Crossing, Iju/Ishaga, Lagos.

It could not be ascertained if casualties were recorded at the scene but it was gathered that law enforcement officials were on ground.

Eyewitnesses’ account said the incident has disrupted the free flow of traffic in the axis as motorists have been advised to seek alternative routes.

Onlookers were at the scene at press time.