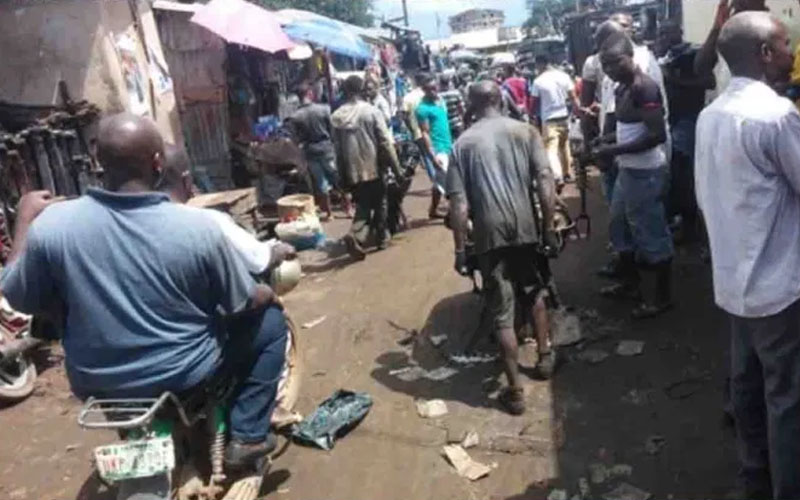 Not less than three persons have reportedly lost their lives on Tuesday following a clash between hoodlums, and operatives of the Nigerian Air Force at Ladipo Market in Lagos.

The Nation reports that three bystanders were reportedly hit by stray bullets as the operatives shot indiscriminately during the clash that started as a result of parking levies collected by the hoodlums.

The report added that a Toyota Hilux belonging to the operatives was set ablaze as traders at the popular Paramo section of the market scampered to safety, leading to a stampede.