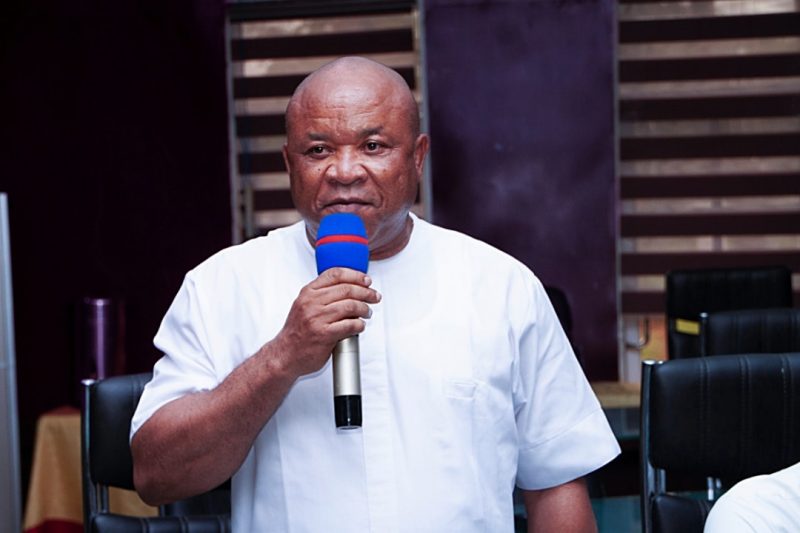 There was a commotion at the Imo State House of Assembly complex in Owerri, on Thursday afternoon, after the speaker, Paul Emezim, announced the suspension of the minority leader, Anyadike Nwosu, and five other lawmakers.

Emezim, in an emergency plenary held amid tight security, suspended the lawmakers indefinitely for what he tagged ‘unparliamentary conducts.’

Emezim, also dissolved all standing committees of the house and removed the Chief Whip of the house, Authur Egwim, ( Ideato North, APC), and replaced him with Obinna Okwara( Nkwerre, APC).

The development caused panic in the complex as the security aides to the speaker had to shoot into the air and guard Emezim as he made his way out of the premises amid protests.

One of the media aides to the speaker, Chukeudi Osuji, told our correspondent that the suspension was indefinite.

One of the lawmakers, however, said that the ‘sudden and draconian’ suspension of the six lawmakers was not unconnected to their disenchantment on how the finances of the third tier of government in the state were being run.

The lawmaker is said to have recently complained about their WhatsApp platform that they had yet to receive some of their entitlements and demanded to have an interface with the state governor, a request the leadership of the house allegedly refused.

Some of the lawmakers had reportedly raised resentment that they had yet to receive monies for their house rents, the topic was said to have been escalated on the WhatsApp platform which caused serious squabble.