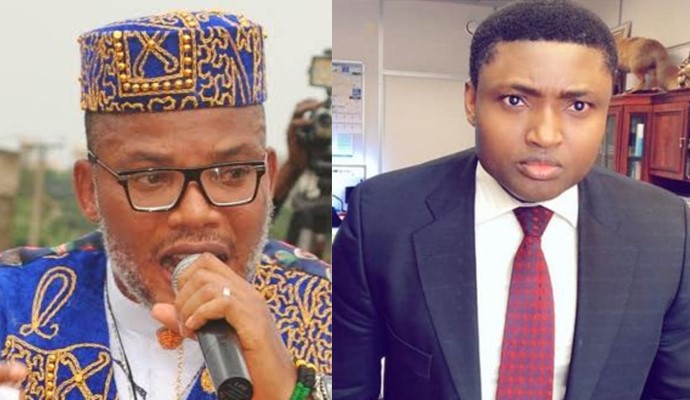 Following the detention of the leader of Independent People of Biafra (IPOB), Nnamdi Kanu, emerging reports have suggested that Simon Ekpa has been appointed to his role as the new head of Radio Biafra.

WuzupNigeria reported that the Federal Government, through a joint effort of the Nigerian security and intelligence agencies in collaboration with authorities from other undisclosed countries, arrested and repatriated Kanu years after he jumped bail in 2017.

To date, the fugitive is still in the custody of the Department of State Services.

According to SaharaReporters, Simon Ekpa, who also holds dual passports as a Nigerian-Finnish citizen, made the announcement on his official Facebook page.

Simon Ekpa LL.M (Master of Laws) is a human rights activist and a legal researcher and advisor.

A native of Ngbo in the Ohaukwu Local Government Area of Ebonyi State in Southeastern Nigeria is said to be a chief and one of those in line to the throne as the son of the late King Nwangbo (The Ogaba Idu of Ngbo clan).

Ekpa is a disciple of Nnamdi Kanu who has worked with the IPOB leader in the struggle for the actualization of Biafra as a sovereign nation in Africa.

His post reads, “Our Leader, Mazi Nnamdi has directed that I, Simon Ekpa should start broadcasting from Radio Biafra with immediate effect.

“This task, I will do with everything in me to see that we maintain the momentum and the legacy of our leader, Mazi Nnamdi Kanu, and IPOB”.