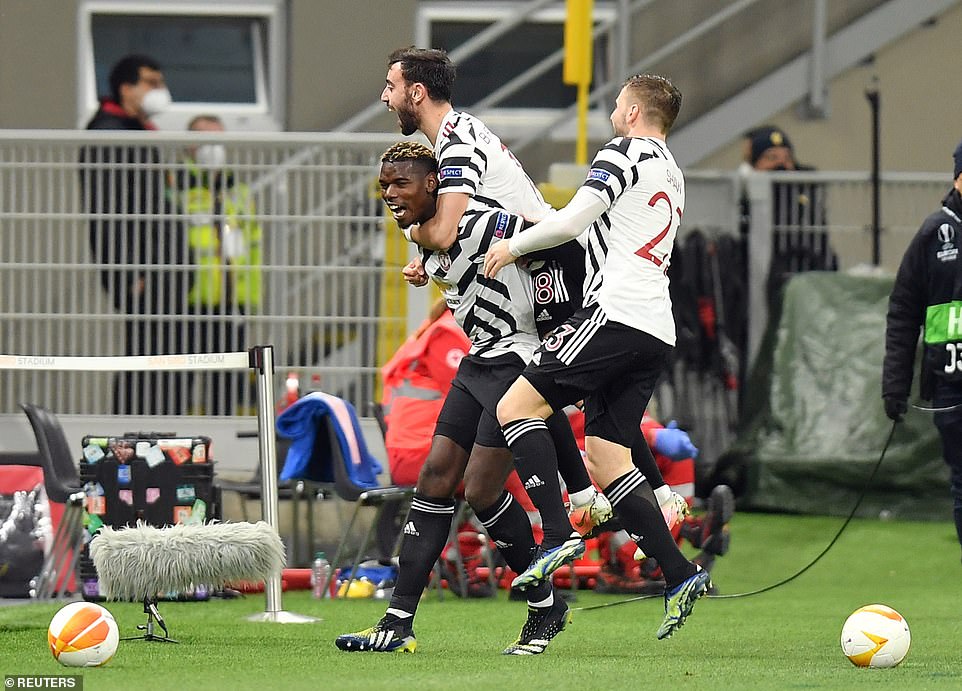 Manchester United secured a 1-0 victory (2-1 on aggregate) over Italian giants, AC Milan to qualify for the quarter-finals of the Europa League.

Paul Pogba who had been injured since United’s dramatic 3-3 draw against Everton on February 6  gave United the lead in the 48th minute, two minutes after replacing striker, Marcus Rashford at the San Siro.

Henderson who was pegged by Simon Kjær’s late minute equaliser at Old Trafford last week was influential in goal as he kept out the Rossoneri’s advances towards the Red Devil’s goal, including former striker, Zlatan Ibrahimovic’s close-range header.

The win gave United their second San Siro win against Milan who have won four of their five home matches against the English side in European competition, with each of the previous five coming within the European Cup or UEFA Champions League;

They were defeated in February 2010 when they last hosted Man Utd, with Wayne Rooney scoring a brace for the visitors.

United would find out their opponent in the last eight of the competition during the draw on Friday.

Nikyu not swayed by Nasarawa Utd’s brilliant run in NPFL

Man murders woman and her daughter, stuff their bodies into suitcase