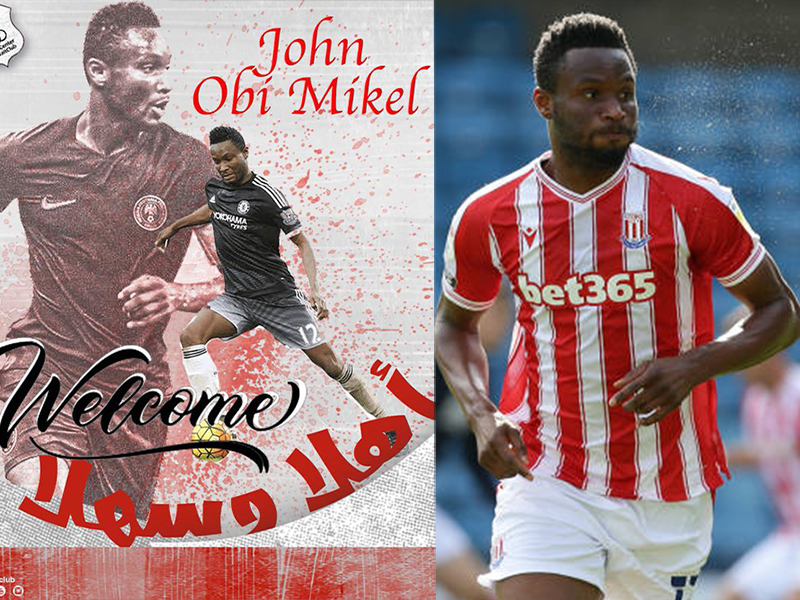 The shocking transfer was announced on the club’s official Twitter handle on Thursday evening.

Mikel, who made 41 appearances and provided one assist for Stoke City who finished 14th in the English Championship last season, left the Potters having triggered a one-year extension to his contract last month.

Kuwait Sporting Club is his seventh career club since he moved to Europe in 2004, having featured for Lyn Oslo, Chelsea, Tianjin Teda, Trabzonspor, Middlesbrough and Stoke City.

Mikel made 249 Premier League appearances for Chelsea in an 11-year spell, which ended when he left Stamford Bridge in 2017.

He was captain and one of Nigeria’s three over-age players as the U-23 side won a bronze medal at the 2016 Olympics in Rio.

The former Nigeria international won a total of 89 caps for Nigeria, featuring at the 2014 and 2018 World Cups and helping the Super Eagles win the 2013 Africa Cup of Nations, before announcing his retirement from international football in 2019.