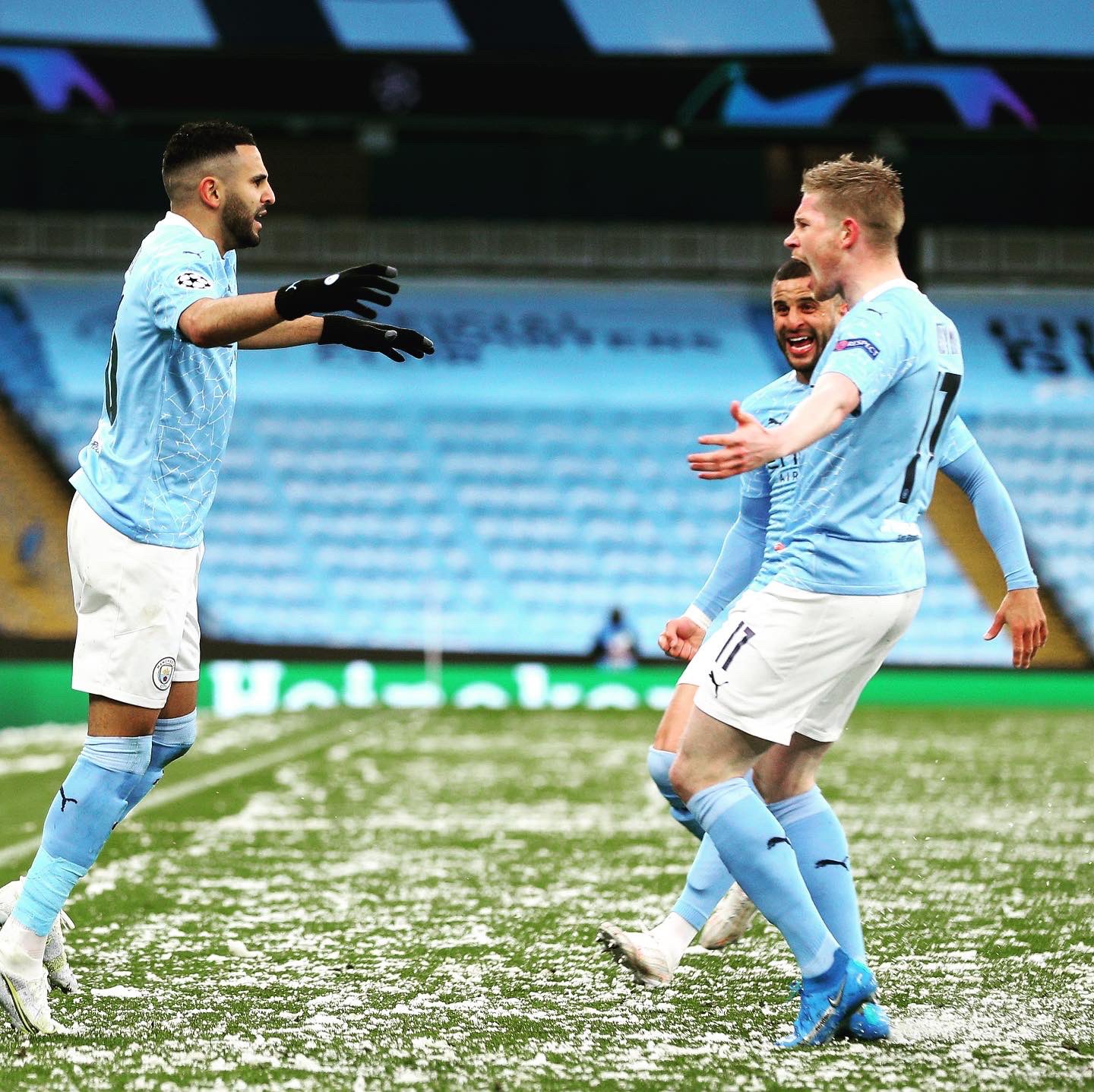 City came into the game with a 2-1 away advantage courtesy of goals from Kevin De Bruyne and Mahrez after Marquinhos had put the French side ahead early in the game.

Although the soon-to-be-crowned English Champions are making their second semi finals in the history of the competition, it is their first under Pep Guardiola after three consecutive failed attempts in his five-year reign at the club.

Speaking after the first leg in Paris, Guardiola said, “…if we play with quality like we did in the second half maybe we’ll have the chance to reach the final.”

Taking a cue from his manager’s charge, Mahrez who scored City’s winner in the first leg gave Guardiola’s men the lead in the opening 11 minutes of the second leg to take the hosts’ advantage to 3-1 on aggregate.

City broke from the back through Ederson before Mahrez sent a shot past Navas into the far bottom corner after Marquinhos blocked De Bruyne’s initial shot.

PSG failed to register a single shot on target after seven tries in the first half though they had a 56% possession against City who took the lead into the break; like the visitors did last week before the shocking turn around.

MORE READING!  Mourinho to get extra £10m from Tottenham for signing Roma contract

It didn’t take too long for Mahrez to double his tally for the night, putting the game far beyond PSG’s reach by making it 2-0 (4-1 on aggregate).

City led another brilliant counter-attack that ended with Mahrez firing a shot over Navas into the back of the net for his second goal in the 63rd minute.

PSG were dealt another blow as former Real Madrid and Manchester United winger, Angel Di Maria, was sent off for pushing Fernandinho following a tackle by the Brazilian in the 69th minute.

City held on to the end, denying PSG who were beaten by Bayern Munich in 2020’s UCL final another opportunity to aim for the trophy this season.

Guardiola’s men await the winner of the second semi final between Chelsea and Real Madrid at Stamford Bridge on Wednesday.