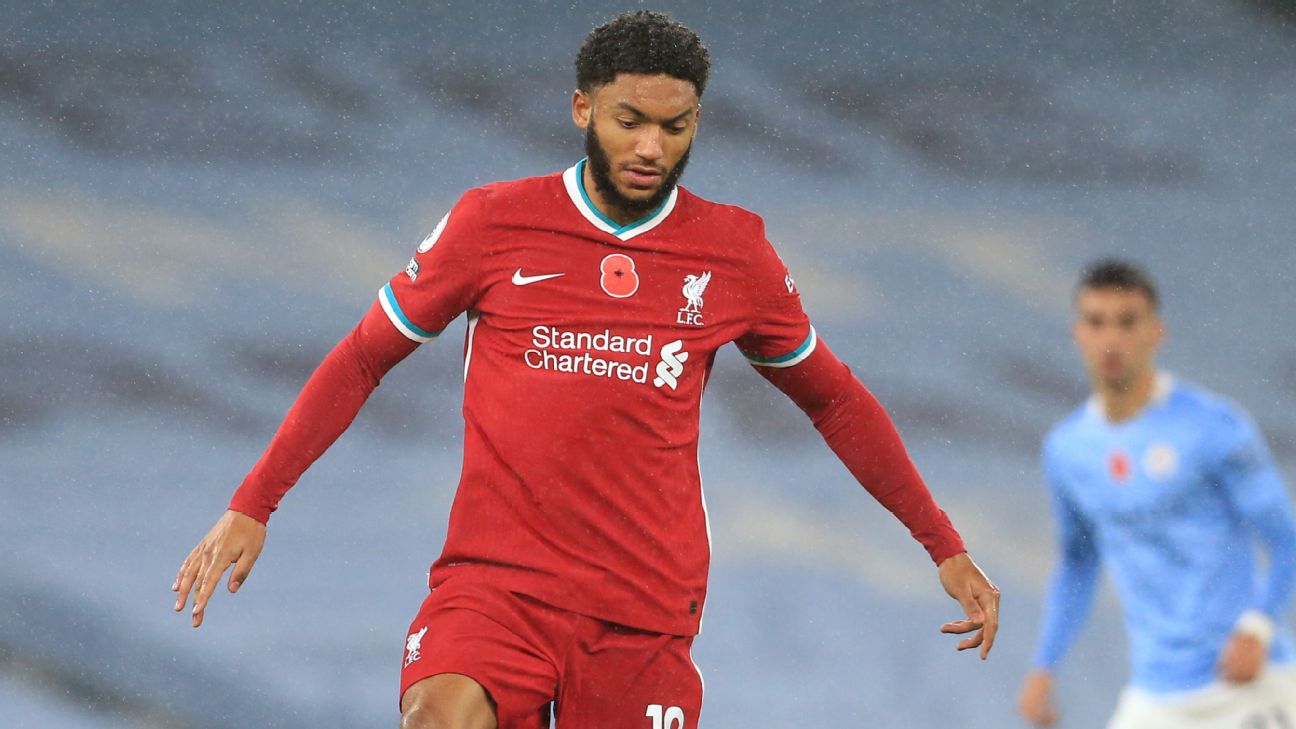 The 23-year-old who has now been ruled out of tomorrow night’s international friendly against the Republic of Ireland could be on the sidelines for a lengthy period of time, though no specific duration has been announced.

Gomez is understood to be receiving treatment, while the extent of the injury is being assessed ahead of England manager Gareth Southgate’s media address on Wednesday evening.

The news compounds Liverpool’s injury trouble after only losing Trent Alexander Arnold to injury during the 1-1 draw at the Etihad against Manchester City on Sunday.

Jurgen Klopp is currently dealing with a growing crisis in his backline starting with centre-back Virgil van Dijk who has been ruled out for the rest of the season after he suffered a severe knee injury against Everton last month.

The services of makeshift defender, Fabinho has also been missed after picking up an injury in the Champions League soon after covering up for Van Dijk at the back. Sky Sports reports that the Brazilian is expected to return to action after the international break.

The Reds who have only just welcomed back Joel Matip to their depleted backline have been forced to play 19-year-old Rhys Williams and last year’s outcast Nat Phillips already this season, The Sun reports.

Footballers are just ‘puppets’ for UEFA and FIFA, says Kroos