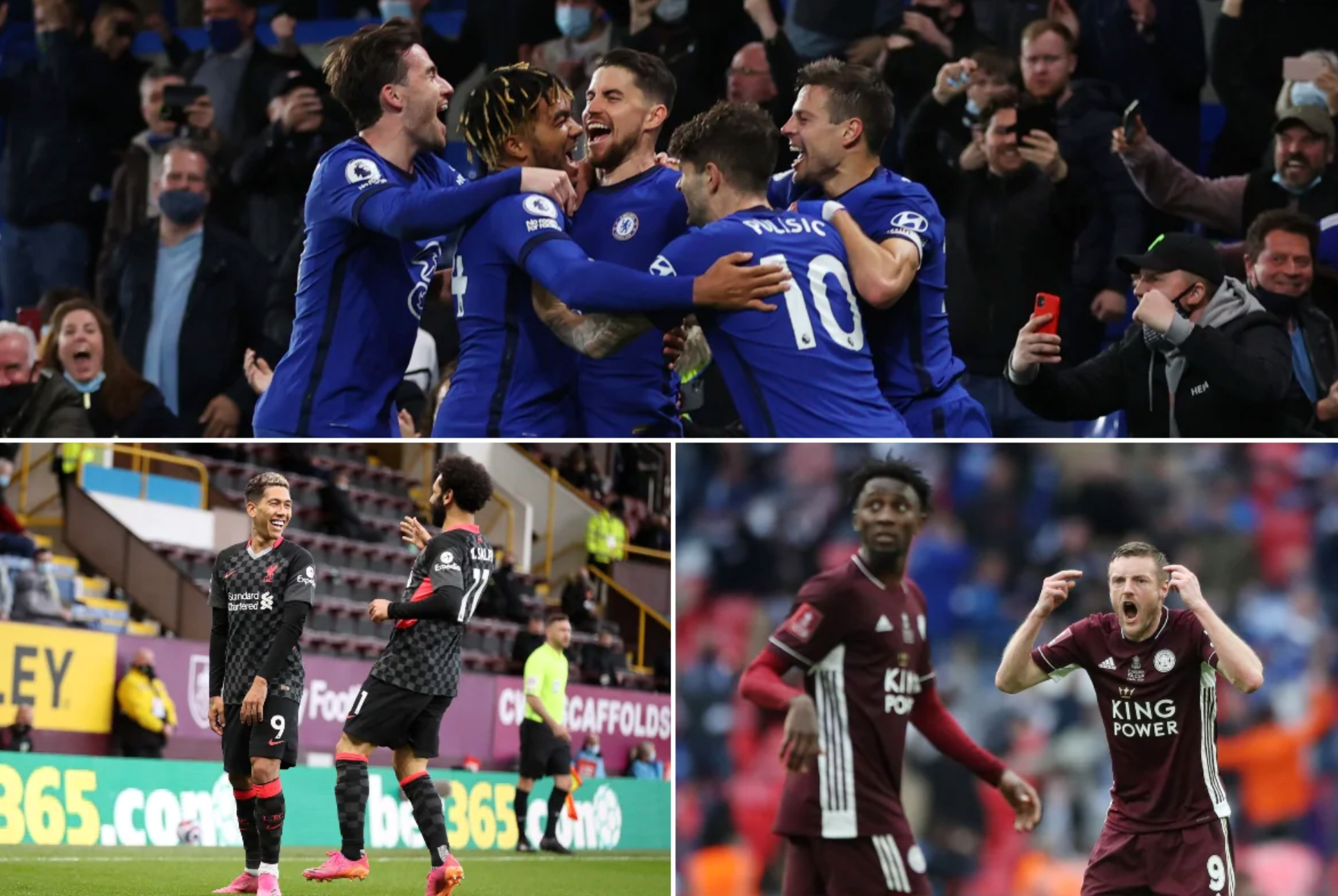 The final game of the 2020/21 Premier League season ended in a dramatic fashion as Chelsea and Liverpool qualify for the Champions League while Leicester City crashed out of the top four.

Leicester, Chelsea and Liverpool were in a three-horse race for the last two spots up for grabs as the race went down the wire but the Foxes had a huge task against Tottenham.

The FA Cup Champions took the lead through a Jamie Vardy penalty in the 18th-minute but Harry Kane levelled up in the 41st-minute.

Vardy put the Foxes in front again through another penalty in the 52 but a Kasper Schmeichel in the 76th-minute moved them out of the top-four before Gareth Bale sealed their fate with a brace (87′,  90+6′) at the King Power Stadium.

The defeat leaves the Foxes in the Europa League, where they join West Ham who secured a sixth-placed finish by beating Southampton 3-0 at the London Stadium.

Liverpool ended the season third after securing a comfortable 2-0 win over Crystal Palace as Sadio Mané’s brace (36′, 74′) ended Roy Hodgson’s reign at Palace with a defeat.

Meanwhile, Chelsea suffered a 2-1 defeat to Aston Villa but they ended fourth on the Premier League table thanks to Tottenham’s 4-2 victory over Leicester who finished the season in the fifth position.

Former Chelsea striker, Bertrand Traoré (43′) and Anwar El Ghazi’s 52nd-minute penalty gave the Villans a two-goal lead against Thomas Tuchel’s side who were desperate for a Champions League spot.

Ben Chilwell’s 70th-minute goal was not enough to secure a comeback but Tuchel’s side will be in the Champions League next season despite the defeat.

Tottenham’s win meant they finished above Arsenal despite the Gunners’ 2-0 victory over Brighton, finishing seventh and qualifying for the inaugural Europa Conference League.