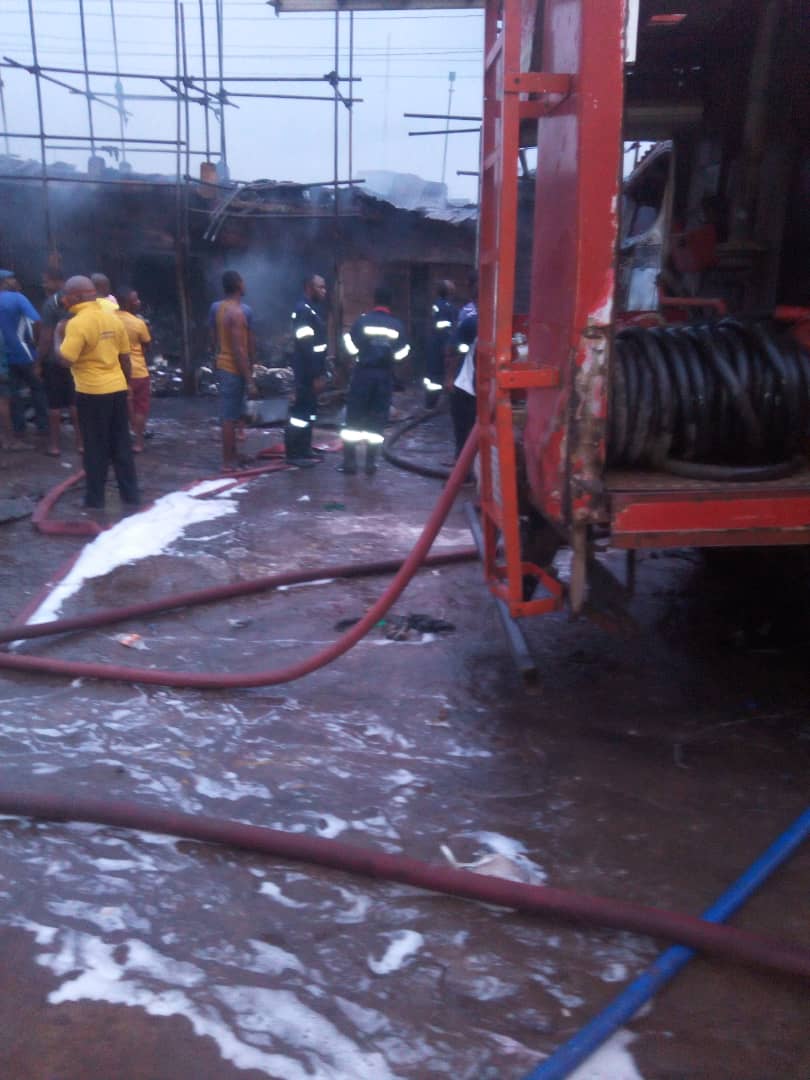 At least one person has died in a petrol tanker accident that occurred at the Mile 2 area of Lagos State.

A yet-to-be-identified female, it was gathered, died in the accident.

The Director-General, Lagos State Emergency Management Agency, Olufemi Oke-Osanyintolu, said the driver and his assistant fled from the scene of the crash, adding that the impact of the accident killed the female victim.

“Upon the arrival of LASEMA Response Team at the scene, it was discovered that a tanker with number plate KSF 260 XY loaded with 55,000 litres of petrol, rammed into a pothole directly in front of the Nigerian Army Signal Barracks in Mile Two and fell sideways, resulting in its contents spilling out onto the road.

“Further investigation revealed that the driver and his assistant immediately fled the scene. An unidentified female adult who was seated beside the tanker drivers was trapped in the impact and lost her life. Her remains were pinned to dashboard from the impact of the accident on the tanker’s head.

“The Agency’s heavy-duty equipment is en route to the scene in order to recover the tanker together with its contents. Transloading of the contents is on hold until the ownership of the tanker and/or product can be determined.

“The LRU firefighters and the Lagos State Fire Service and the Nigerian Army are on standby to prevent any potential secondary incident. The operation is ongoing, further updates will be communicated.”

Baale rapes 11-year-old daughter for four years, now she can’t do this…