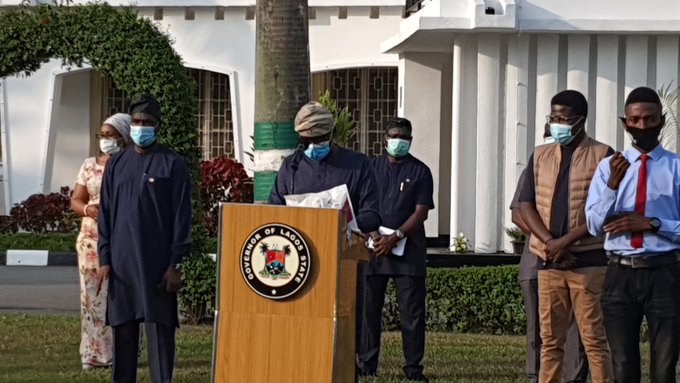 Governor Babajide Sanwo-Olu of Lagos State has announced the reopening of all tertiary institutions in the state from September 14, 2020.

Sanwo-Olu made this known on Saturday through his Twitter account, adding that both Primary and Secondary schools may tentatively be reopened by 21st Sept.

Schools in the country had been shut in March as part of measures to curb the spread of the coronavirus disease.

But the Federal Government announced the resumption of graduating pupils effective August 4, 2020 to write this year’s West African Senior School Certificate Examination from August 17, 2020, through September 12, 2020.

Speaking on Saturday, Sanwo-Olu noted that after the WASSCE, primary and secondary schools in the state would also be permitted to reopen from September 21, 2020 for the resumption of academic activities.

“As regards our primary and secondary schools, we are working towards reopening them around the 21st of September 2020. This position is not cast in stone and subject to a review of our ongoing monitoring and procedures from the Ministry of Health.

“Remember that we said that the virus will peak and we will flatten the curve in the month of August. From what we have seen, it appears we have flattened the curve. In the last two weeks, we have continued to see a drop in the positivity that we have encountered in the state,” the governor explained.

According to the Nigeria Centre for Disease Control as of Friday night, Lagos has recorded 18,083 infections including 2,653 cases on admission, 15,228 discharged patients, and 202 fatalities.

Edo 2020: We are only interested in free, fair, credible election – PDP