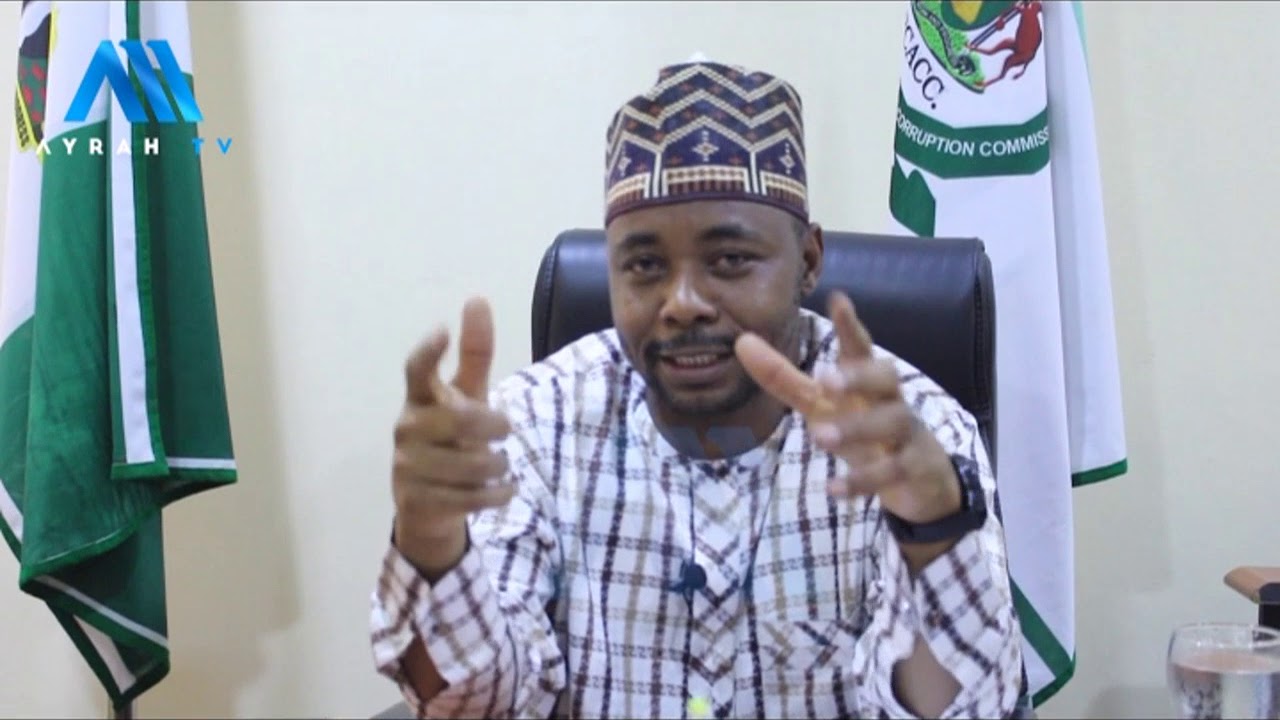 Kano State House of Assembly, on Monday morning, imposed a one-month suspension on the embattled Chairman of Kano State Public Complaints and Anti-Corruption Commission, Barrister Muhyi Magaji Rimingado, for rejecting an accountant deployed to the agency from the office of the State Accountant General.

Rimingado’s immediate suspension was spurred by a letter of complaint against him, which was forwarded to the House by the Office of the Accountant-General of the state.

The letter disclosed that the chairman appointed a grade level 4 officer as an accountant of the commission, which is at variance, with the state law.

The PUNCH has earlier reported about the plot to relieve the Chairman of the Kano State Public Complaints and Anti-Corruption Commission last week, as Governor Abdullahi Ganduje allegedly mounted pressure on the State Assembly to execute the hatchet job.

However, informed sources close to Government House disclosed that the government initially wanted the legislators to remove the State Anti-Corruption Commission boss for interfering in his family’s affairs.

“There is actually a plot, with the governor, as the arrowhead, to remove Muhuyi. Although, the governor did not specifically outline Muhuyi’s offence, but just want him out of that office.

“You know it is the governor’s usual antics of pushing the legislature to shield him from the bullet. Remember, he did the same when he wanted to get rid of his former Deputy, Professor Hafiz Abubakar and the immediate-past Emir Muhammadu Sanusi II,” said a legislator, who is familiar with the plot.

On the possibility of executing the governor’s bidding, the lawmaker said it is an easy task, as the majority of members of the Assembly are mere rubber-stamps.

Informed sources said the crisis began early this month when the fiery anti-graft czar beamed his searchlight on the contracts, awarded to companies, which allegedly have strings, with the governor’s family.

As part of plans to hatch the plot to remove the Commission Chairman, the Accountant General of the state was directed to deploy an Accountant to the agency, which is contrary to the law establishing the agency

When the accountant was deployed to the Anti-Graft Commission office, an enraged Rimin Gado rejected his posting.

”Magaji, in a letter with reference Number PCAC/GEN/1/VOL.1/XX, addressed to the state’s Accountant General, insisted that the government lacks the jurisdiction to decide for his agency.

In his spontaneous reaction, the Majority leader of the House, Alhaji Labaran Madari mandated the House to refer the issue to the House Committee on Anti-corruption for investigation and action.

On a last note, the House directed the committee to report back within two weeks of commencing investigations.

JUST IN: Buhari’s successor must come from South – Southern Govs