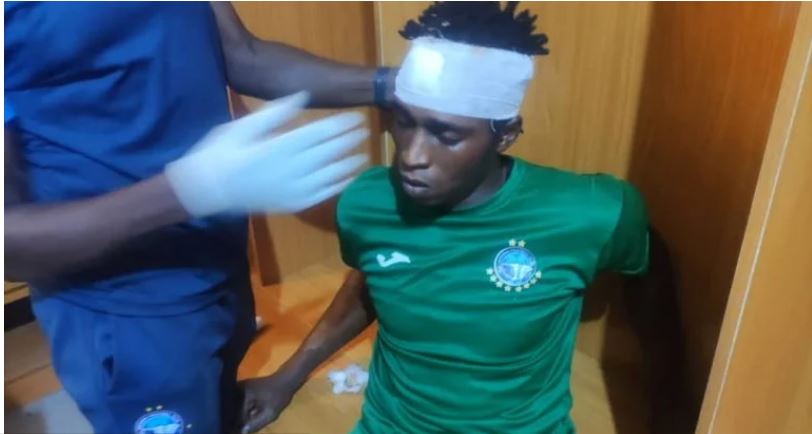 Following a goalless draw between Nigeria Professional Football League side, Plateau United, and Enyimba in a match-day 29 fixture on Sunday, irate fans were said to have invaded the pitch to vent their frustration over the result.

PUNCH reported that the Jos fans assaulted the visiting players and officials, injuring many of them in the process.

Eyewitnesses said journalists, who tried to record the scene with their mobile devices, were also not spared.

It is not immediately clear how many Enyimba players were injured but available pictures suggested that defender Danladi Timothy and goalkeeper Sabirou Bassa-Djeri were left in critical conditions after the attack.