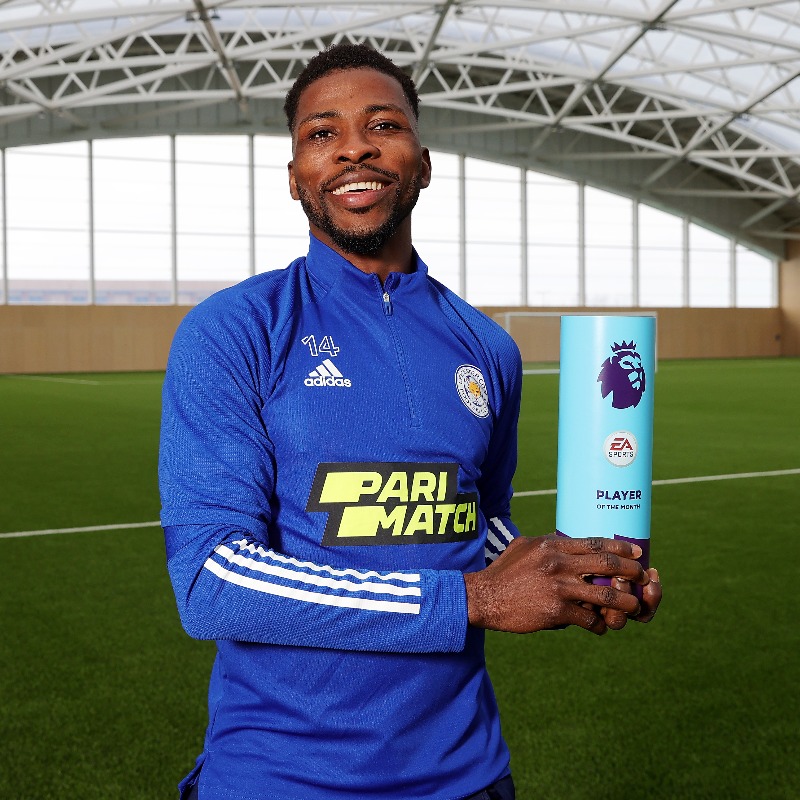 Super Eagles and Leicester City forward, Kelechi Iheanacho, has been crowned the English Premier League Player of the Month for March.

The announcement was confirmed on Friday via the official website of the League.

Iheanacho won the award for the first time after an outstanding performance last month which saw him net his first Premier League hat-trick against relegation threatened Sheffield United.

The 24-year-old scored five goals in three league appearances for the Foxes in the lead-up to the international break last month.

The former Manchester City man helped Leicester remain third on the league as the put pressure on Manchester United in second place.

“I’m so pleased and honoured to win this award. It’s great to be recognised, but I couldn’t have done it without the support of my teammates and the manager.

“I’m really enjoying playing at the minute and hopefully I can push on and help the team to finish as high as possible this season,” Iheanacho said.

He would be hoping to continue his fine form this weekend when the Foxes face league leaders Manchester City at the King Power Stadium.