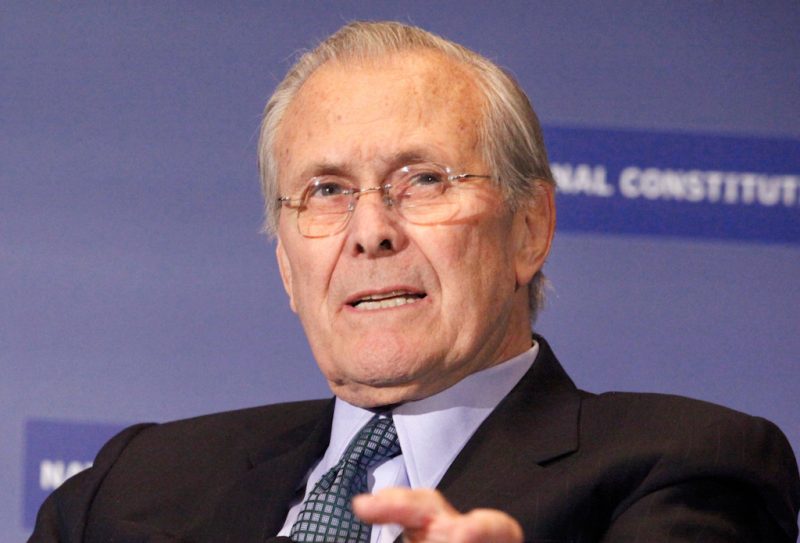 Rumsfeld was the main architect of the Iraq war until he was replaced by former President George W. Bush.

The statement said, “It is with deep sadness that we share the news of the passing of Donald Rumsfeld, an American statesman and devoted husband, father, grandfather and great grandfather.

“At 88, he was surrounded by family in his beloved Taos, New Mexico.”

The statement did not say when Rumsfeld died.

Related Topics:Donald RumsfeldFeatured
Up Next