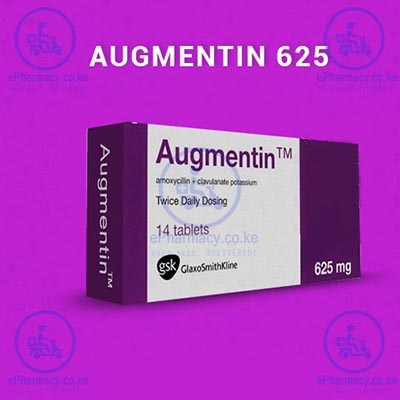 The Pharmacists Council of Nigeria has announced that there are falsified and counterfeit Augmentin tablets being peddled across the country.

It further warned that the suspected fake Augmentin 625mg tablet does not have a Mobile Authentication Service label.

The MAS scheme was introduced in 2010 as an anti-counterfeiting technology by the National Agency for Food, Drug Administration and Control to enable patients verify the authenticity of each medicine via a mobile phone short message service.

In its March monthly circular secured by WUZUPNigeria, PCN Registrar, Elijah Mohammed said the directive was in line with the mandate of the council to facilitate Good Manufacturing Practice and ensure that healthcare providers and the general public are updated on emerging drug safety information.

“The PCN is in receipt of information from GlaxoSmithKline Nigeria Limited that a suspected counterfeit of Augmentin 625mg tablet, which does not have Mobile Authentication Service label.

“It was found in Tilde Medicine Store, Tilden Fulani Market, Toro LGA, Bauchi-Jos Road. This product has a batch number 562626, a manufacturing date of January 2018, and an expiry date of January 2021,” he stated.

The registrar also revealed that the genuine product of Augmentin 625mg was manufactured at Worthing in the United Kingdom with batch number 562626, and has an expiry date of 2014.

Continuing, he confirmed that further investigation would be handled by the appropriate authority.

Following the discovery, the pharmacist disclosed that the regulatory body has since deregistered the products and has, therefore directed Pinnacle Pharmaceutical and its proxy, not to import, distribute or sell the drug in Nigeria.

“All health professionals and the general public are therefore advised to take caution not to use the product.

“In the same vein, I would like to reiterate that everyone seeking to register a retail pharmacy premises should take note of the following conditions as contained in the Registration of Pharmaceutical Premises Regulations 2005, which says inter alia that where the premises sought to be registered is a retail pharmacy, the company shall be wholly owned by a registered pharmacist or in partnership with other registered pharmacists,” he said.

Reacting to the report of falsified Augmentin, the management of GlaxoSmithKline Nigeria Limited told PUNCH HealthWise that falsified and healthcare products represent a danger to public health.

According to GSK’s spokesperson in Nigeria, Omongiade Ehighebolo, a substandard medicine can fail to cure or immunise and, in extreme cases, kill patients who use them.

He reiterated that falsified products are a public health threat that can involve both patented and generic medicines.

“Patent infringement disputes which may arise in the ordinary course of business should not be confused with disputes related to the production of falsified healthcare products, where there is a deliberate intent to mislead consumers as to the origin and quality of the product,” he said.

While harping on the importance of MAS scheme, Ehighebolo declared that GSK recognises the role technology plays to stem the flow of falsified healthcare products.

“Technology however is not a ‘magic bullet’ that will stop the falsifying problem on its own. It needs to be combined with other measures including tough legislation and regulations, rigorous enforcement, stiffer penalties and diligent surveillance on the part of the authorities.

“However, GSK cannot tackle this issue alone. The prevention and detection of falsified products is primarily a matter for national governments worldwide, who must be encouraged to recognise the dangers associated with this issue and ensure its effective regulation by the relevant authorities,” he stated.

The GSK publicity officer believed the sustained practice of counterfeiting and falsified medicine thrives of monetary gain, transactions involving many intermediaries, lack of legislation and proper enforcement controlling the manufacture, import and distribution of healthcare products and a weak penal sanction.