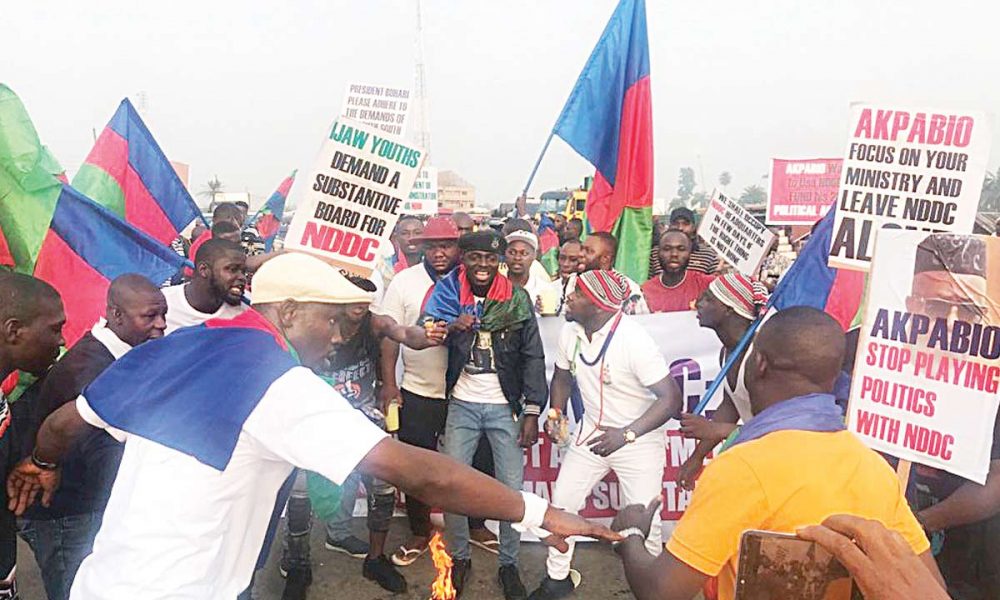 The corporate headquarters of the Niger Delta Development Commission (NDDC) in Port Harcourt, Rivers State capital has been shut down by hundreds of protesting Ijaw youths on Thursday.

Dressed in the council uniform, hoisting the Green-Red-Blue Ijaw Youths Council (IYC) flag, the protesters reportedly numbering about 700 demonstrated in front of the commission’s Secretariat.

The protesters are preventing human and vehicular entry to the secretariat having mounted two tents in front of the main entrance of the newly commissioned complex, singing and dancing to solidarity songs.

According to Ibiso Harry, Assistant Secretary, IYC, Eastern Zone, the protest was directed by the IYC President, Peter Igbifa following the expiration of the deadline given to the federal government to constitute a substantive board of the NDDC.

The youths have, however, vowed to remain until their demands are met.

At the time of this report, a team of policemen with security vehicles were spotted at the complex observing the protesters.