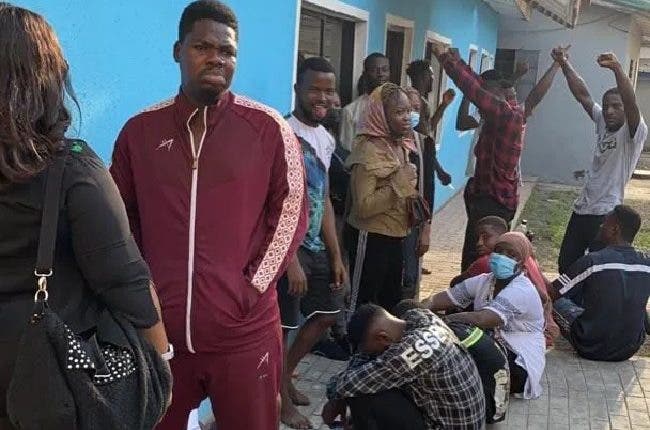 A mobile court sitting in Bolade, Oshodi area of Lagos has struck out the charges against the 40 apprehended protesters during the #OccupyLekkiTollGate demonstration on February 13, 2021.

According to the prosecutor, the Attorney General of Lagos State has directed the withdrawal of the charges against the 40 protesters and the charges were struck out accordingly by the Court.

Barrister Adesina Ogunlana leading Ayo Ademiluyi (Secretary of Eti-Osa Bar Forum in personal capacity), Victoria Awobusuyi, and Tayo Odusanya who appeared as Defence Counsel for the 40 demonstrators warmly appreciated the Court for striking out the charges.

The 40 demonstrators were arrested in the early hours of February 13 for protesting peacefully against the reopening of Lekki Toll Gate in Lagos.

Consequently, they were charged for failing to comply with the quarantine law, breach of the public peace, and harassment.