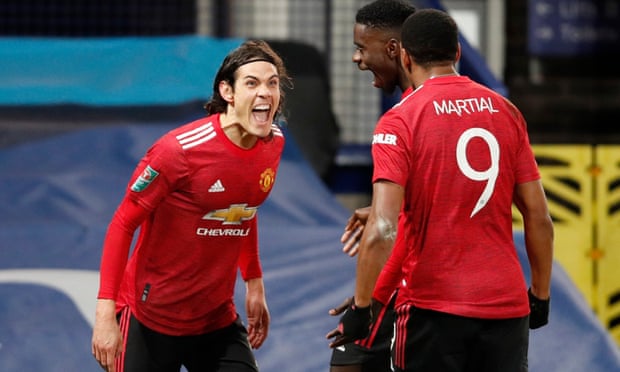 Manchester United striker, Edinson Cavani has signed a new contract extending the would keep him at Old Trafford until the end of next season.

The 34-year-old Uruguayan’s future at the club has been hotly debated after his father hinted that the former Paris Saint-Germain striker was unhappy at the club.

With Cavani unlikely to extend his stay at United, he was tipped to favour a move back to South America with interests from Borca Juniors.

However, popular journalist, Fabrizio Romano, announced that the former Atletico Madrid striker has agreed to extend his stay at United until the summer of 2022.

Although United are yet to make an official confirmation, manager, Ole Gunnar Solskjaer, has vowed to ensure Cavani stays at the club next season.

Cavani has scored eight goals in seven matches for United including the header that sealed United’s 3-2 comeback win over Aston Villa in the Premier League yesterday.