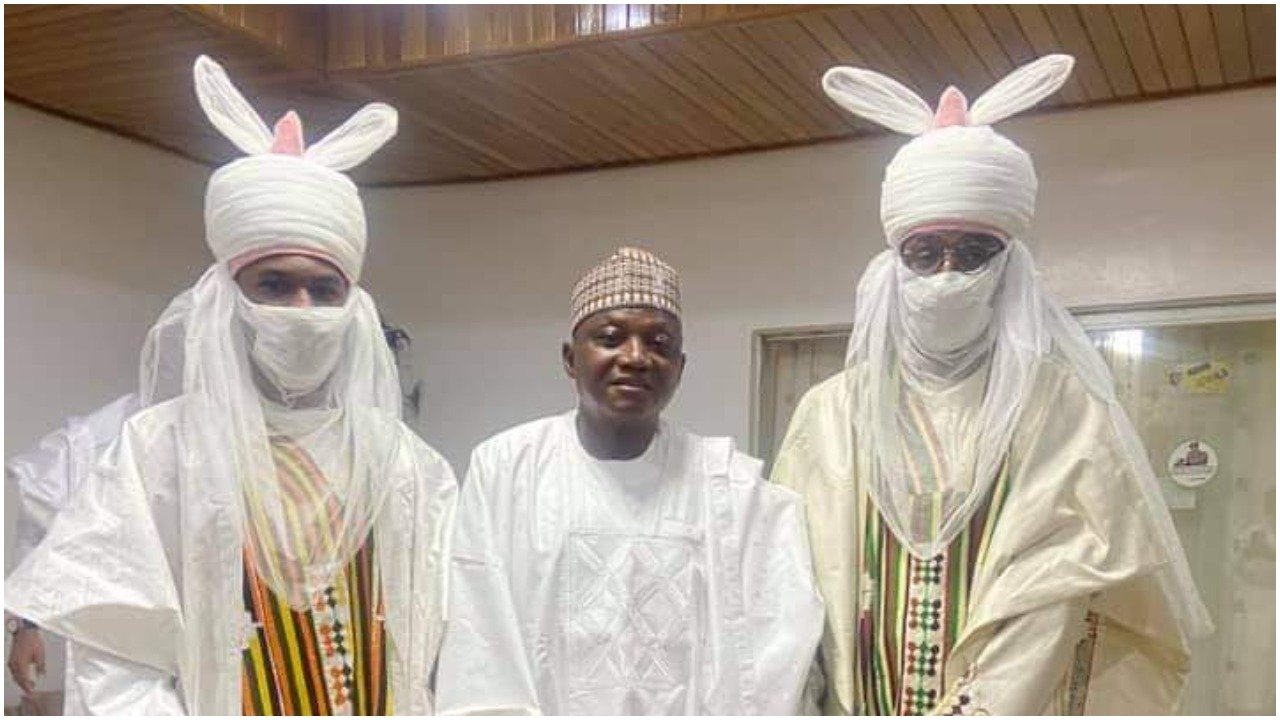 Recall that Daura is the president’s hometown.

The news was revealed on Tuesday by the Senior Special Assistant on Media to the President, Garba Shehu who shared a picture of himself and the newly turbanned Talban.

“With Yusuf Buhari, just named Talban Daura and Musa Daura, the Dan (Son of) Madamin Daura”, he posted on Facebook.

Yusuf, who had been in the news some years after a power bike accident almost claimed his life, bagged a Master’s Degree from a United Kingdom varsity in July 2016.

The Talban Daura and his sister, Zahra, graduated from the University of Surrey, Guildford.

Although he allegedly completed his National Youth Service Corps (NYSC) in 2019, his state of service and place of primary assignment (PPA) was never disclosed.

On December 26, 2017, Yusuf and a friend, Bashir Gwandu, were injured along Gwarimpa road in Abuja, while riding power bikes.

Yusuf was first admitted to an emergency ward at Cedarcrest Hospital.

He has subsequently flown abroad for additional medical treatment and returned to Nigeria in February 2018.

President Buhari to observe Eid-el-Kabir holiday in his hometown, Daura