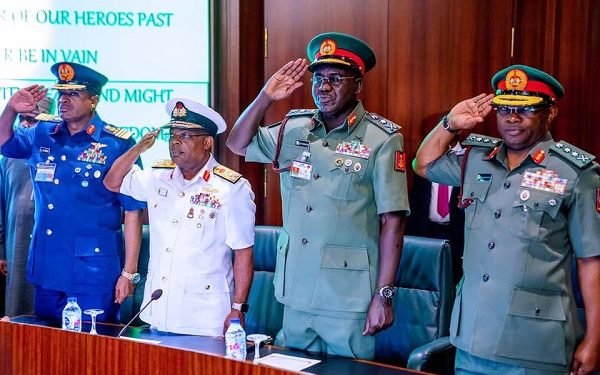 A statement by his Special Adviser on Media and Publicity, Femi Adesina, said he has named the replacements for the sacked chiefs.

“He congratulates outgoing Service Chiefs on efforts to bring enduring peace to the country.”

The move by the President comes after several demands by Nigerians that the President replace the service chiefs and rejig Nigeria’s military apparatus to effectively combat the security challenges confronting the nation in recent times.