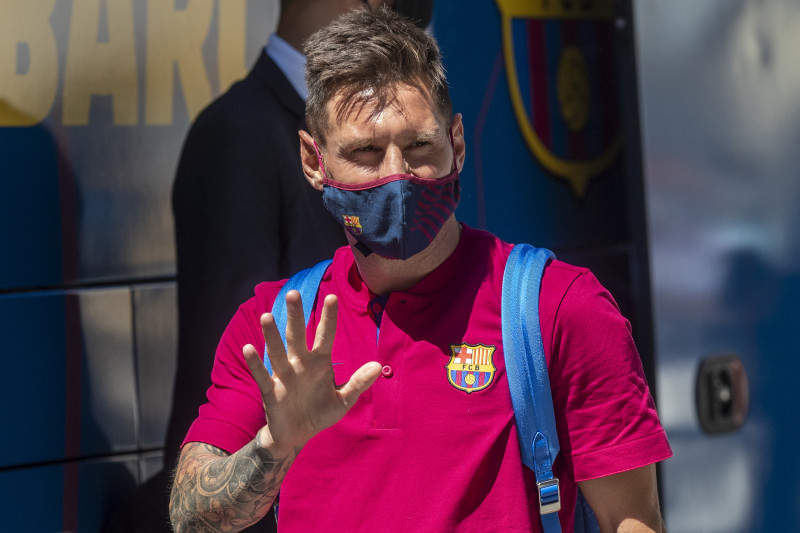 Lionel Messi has reportedly signed a five-year contract extension with his boyhood club, Barcelona, erasing the possibility of a move elsewhere, including a reunion with Pepe Guardiola at Manchester City.

The Argentine who recently won the Copa Ameria last weekend had been a free agent since Barcelona allowed his mega-money deal to run out at the end of the season in order to begin fresh talks.

Marca reports that the 34-year-old will take a 50 per cent pay cut to stay in Catalonia and according to the Catlaan newspaper L’Esportiu, Messi and Barcelona reached an agreement on Wednesday and an official announcement will be made as soon as the finer details have been checked.

According to BleacherReport, Messi’s new contract also reportedly has a termination clause of £320 million ($444 million).

Messi who hinted that he would love to move elsewhere scored 38 goals in 47 matches across all competitions last season and would be expected to do more next season.

According to the Barcelona-based newspaper Sport, money was never an issue in negotiations, with Messi happy to accept the club’s proposal of a hefty drop in wages in order to stay.

The sticking points in negotiations were legal issues and bureaucracy, with just a few minor hurdles still to overcome before everything is finalised.

Related Topics:BarcelonaLionel Messi
Up Next

Rashford out for three months after shoulder surgery