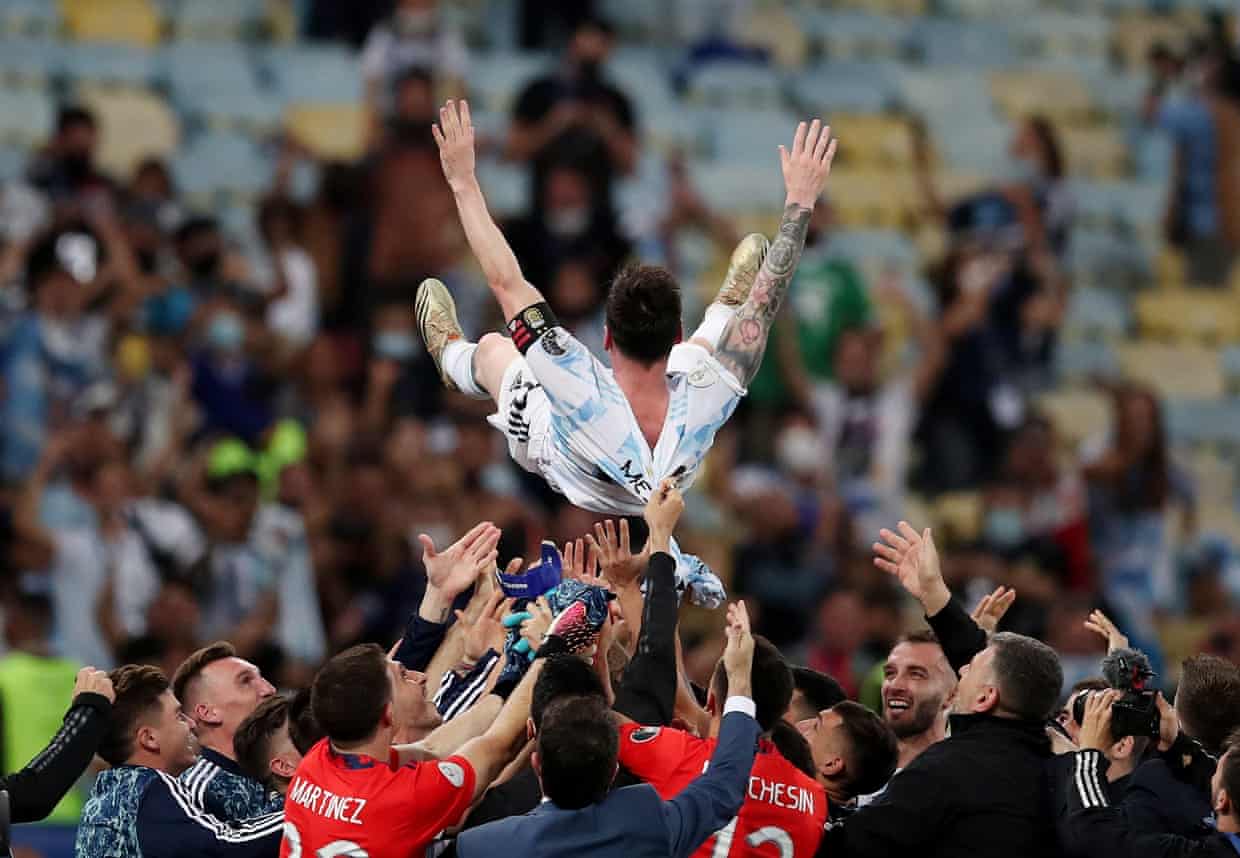 Angel Di Maria scored the only goal of the game in the 22nd minute at the popular Maracanã Stadium to clinch the Albiceleste’s 15th Copa América title, moving level with Uruguay for the most ever Copa America wins.

A long direct pass from Rodrigo De Paul is badly misplayed by Renan Lodi and lands on the foot of 33-year-old Di Maria, who lifts it up over a helpless Ederson and into the back of the goal, Guardian reports.

Brazil’s efforts to restore parity and hopefully overturn the match failed as Argentina held on to the all-important lead till the final whistle.

Messi could be seen thrown in the air by his Argentina teammates after the win while a tearful Paris Saint Germain’s Neymar was consoled by his teammates following the disappointment.

UFC 264: McGregor loses to Dustin Poirier in first round after ankle injury