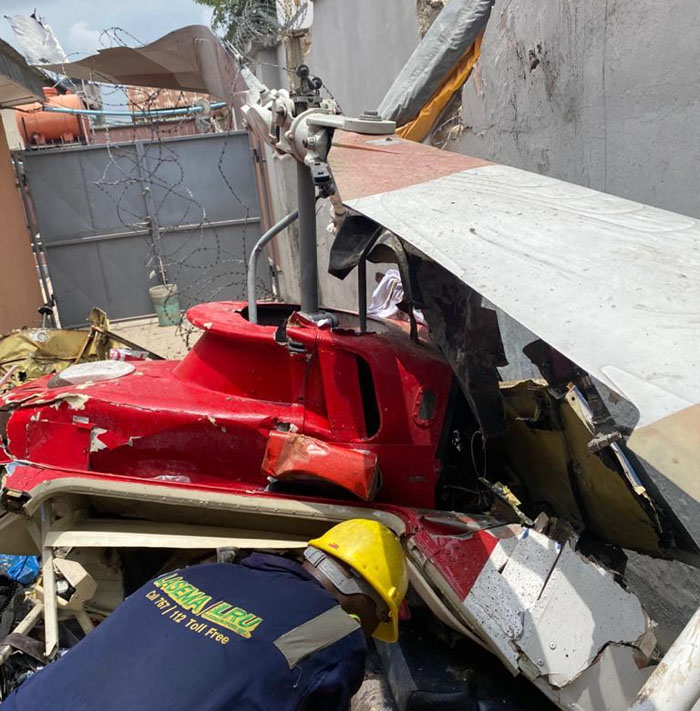 On Monday, the Accident Investigation Bureau (AIB) released the preliminary report of the accident involving a Bell 206B Helicopter operated by Quorum Aviation Limited which crashed into residential buildings in Opebi area of Lagos on August 28, 2020.

According to the AIB report, the helicopter had no fuel left in the fuel tanks after the crash.

Though the report indicated that the chopper was fitted with a long-range extender fuel system, it, however, did not have capacity for fuel jettison.

Experts say the chopper could have crashed on account of inadequate fuel that could not get it two minutes away to the Lagos Airport.

According to the AIB, the chopper which took off from Port Harcourt at 9.20 am estimated to land in Lagos after two hours forty minutes crashed into a residential building at 12.14 pm.

The report indicated that though the chopper was topped to full tank capacity on August 27, 2020, it failed to make it to the Lagos Airport a minute before the estimated time.

The report also indicated that the pilot’s last medical examination was valid until August 6, 2020. It indicated that there was no evidence to show that an application for the exemption provided by the All Operators’ Letter (AOL) DG02020 had been submitted to the Nigerian Civil Aviation Authority (NCAA).

The report also indicated that the pilot’s last proficiency check was valid until August 24, 2020. There was no evidence to show that an application for the exemption provided by the AIL DG018/ 20 had been submitted to the NCAA.

“The helicopter crashed into the roof of a building and a wall fence impacting two vehicles parked in the compound. The mast and main rotor blades were found intact during the post-crash inspection. Post occurrence examination revealed that the fuel tanks were empty.”

“The helicopter was not equipped with a flight data recorder or a cockpit voice recorder. Neither was required by the relevant aviation regulations but equipped with a Garmic GNC Global Positioning System.”