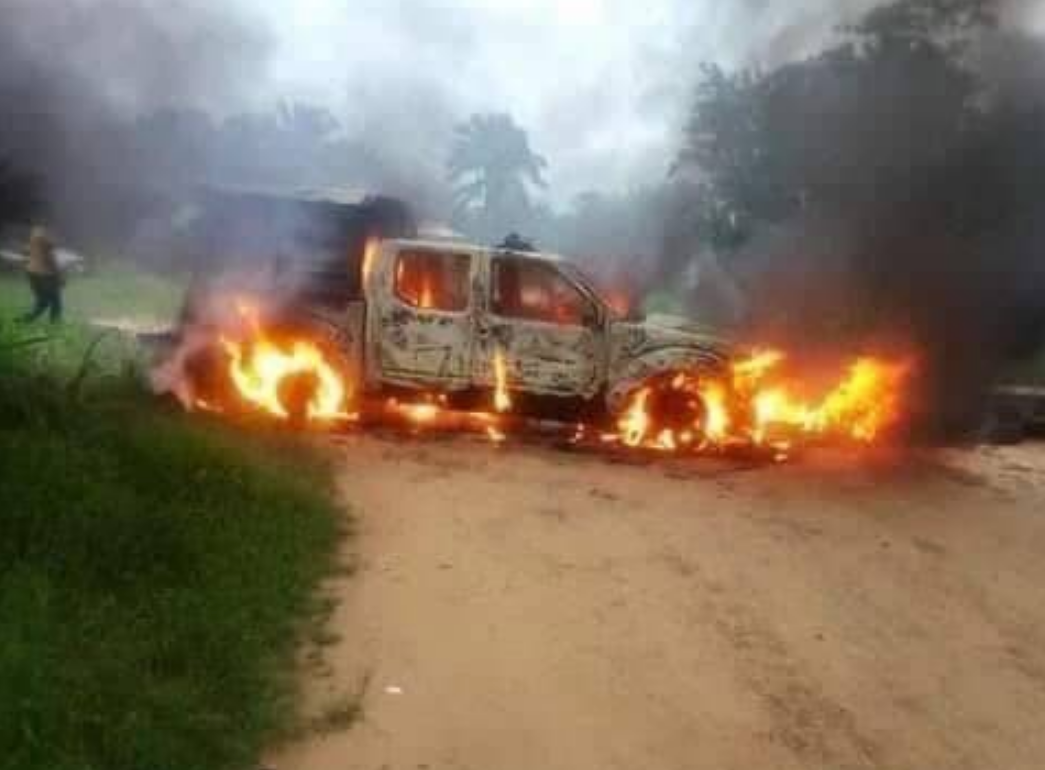 A policeman, identified as PC Edogi Bassey, has been killed by gunmen who attacked two police stations in Ika and Etim Ekpo local government areas of Akwa Ibom State.

WUZUPNIGERIA gathered that the attacks occurred around 6.30am on Wednesday.

It was further learnt that the two police stations and patrol vehicle were razed, though only a small part of the station at Etim Ekpo was affected.

The latest attack on police station increased the number of police stations attacked and razed in the state to seven, with police officers fatalities rising to 16.

He said the hoodlums came in two vehicles armed with AK 47 rifles.

“At about 6:30am today, armed men, in their numbers, armed with AK 47 rifles and other dangerous weapons, in two vehicles attacked the rented building housing the Etim Ekpo Area Command and Division,” according to the statement.

“The undaunted and vigilant Police Officers on duty gallantly fought back, repelled them and averted the intended carnage. Unfortunately, a dedicated Officer, one PC Edogi Bassey paid the supreme price while a small portion of the building was touched.”

The statement also said that after retreating from Etim Ekpo division, the gunmen proceeded to Ika division and they were also repelled by the officers on duty without any damage to the station.

“The gunmen who proceeded to Ika division to perpetuate their nefarious activities were successfully again repelled leaving the station intact without loss of lives or arms,” the statement said.

MacDon disclosed that the Commissioner of Police, Amiengheme Andrew is going round formations and Divisions to ensure alertness and safety of officers.

”The CP has called on law-abiding Citizens to volunteer timely information that will enable the Police tackle the present security challenges,” he said.

The latest incident comes four days after six persons — five officers and the wife of a policeman were killed following an attack on the divisional headquarters in the Ini Local Government Area of Akwa Ibom state.

During the attack which took place on Saturday, vehicles were also set ablaze.

Police facilities in at least five LGAs – Essien Udim, Ika, Ini, Ikono, and now Abak – have been attacked so far in the state.