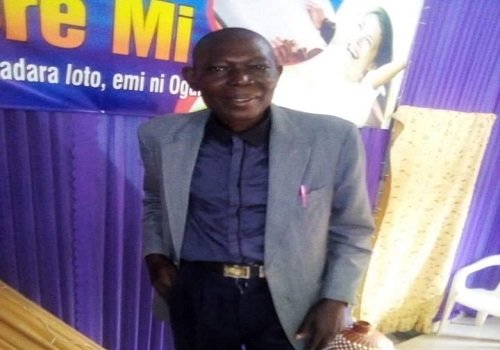 Nine days after he was kidnapped, the preacher of Calvary Baptist Church, Kurmin Mashi in Kaduna State, Rev Popoola David Kayode, has been set free by his abductors.

Kayode was said to have been kidnapped on July 6, less than 24 hours after the abduction of 121 students of Bethel Baptist High School, Damishin, Chukun Local Government in Kaduna State.

Ajao disclosed that following his release, church members have been flocking the home of the Popoolas to confirm the report and welcome the minister

According to another Baptist minister, Evangelist Okekunle Isaac Adewale, the pastor was released on Thursday.

The evangelist who made the announcement on his Facebook said, “The news getting to us now confirmed that Rev’d. Popoola David of Calvary Baptist Church, Kaduna has been released from the kidnappers today.”

Details of his release, however, remain sketchy as of the time of filing this report.

It is not immediately clear whether any ransom was paid to secure Popoola’s release.

JUST IN: Why NAFDAC has not approved herbal remedy for COVID-19 treatment –  Adeyeye