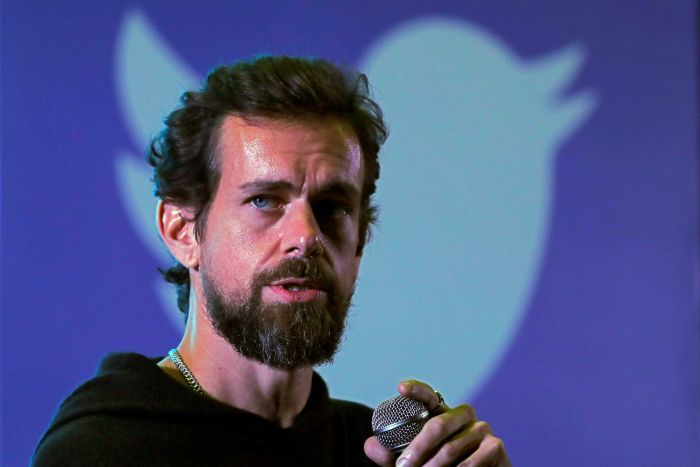 Chief Executive Officer of Twitter, Jack Dorsey, on Saturday, joined in the Democracy Day celebration in Nigeria as he tweeted the Nigerian flag.

Dorsey’s tweet, which was posted hours to the ongoing nationwide protests in Nigeria, has since attracted thousands of retweets.

PUNCH reports that many tweeps including known faces such as @HenshawKate and @mrfestusogun have since hailed the co-founder of the micro-blogging platform for showing solidarity with Nigerian citizens.

Ayo Sogunro, tweeted, “In 2019, I mocked people who went to meet-and-greet Jack when he visited Nigeria. I’m like that: I hate the way we patronise rich white men in Africa. But if I meet Jack today, I will thank him for not rolling over for the Nigerian govt at the expense of the people. #KeepitOn” the news platform says. 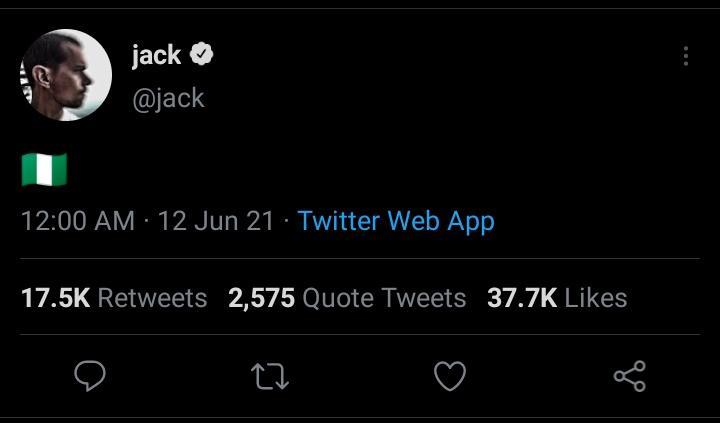