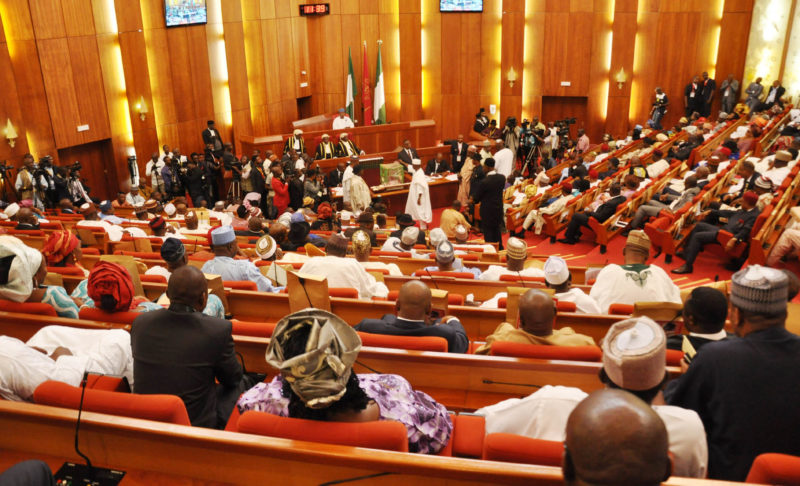 A Federal High Court sitting in Lagos on Friday ruled that the National Assembly has no power to fix the allowances of its members.

Justice Chuka Obiozor pronounced that only the Revenue Mobilisation Allocation and Fiscal Commission can fix salaries for public officers.

The judgment was delivered in a suit filed by a former Vice-President of the Nigerian Bar Association, Monday Ubani.

Recall that a former lawmaker, Senator Shehu Sani, had in March 2018 said that he received N13.5m allowances monthly.

Ubani subsequently asked the court to decide if the National Assembly had the right to arbitrarily fix its allowances.

The legal icon also asked the court to order the National Assembly members to refund such jumbo allowances received.

The respondents in the case were the Senate President, Speaker of the House of Representatives, Attorney-General of the Federation, the National Assembly Service Commission and the RMAFC

In his ruling, Justice Obiozor ruled that no other body or person in the country shall fix salary or allowances for any officer except RMAFC and it is illegal for anyone to do otherwise.

PUNCH reported that the judge, however, did not order that such allowances be refunded.

The National Assembly, which has 469 members, had been severely criticised for operating an opaque budget and refusing to reveal the allowances of its members.

The Chairman, Presidential Advisory Committee Against Corruption, Prof. Itse Sagay, said Nigerian federal lawmakers are among the highest-earning lawmakers in the world.